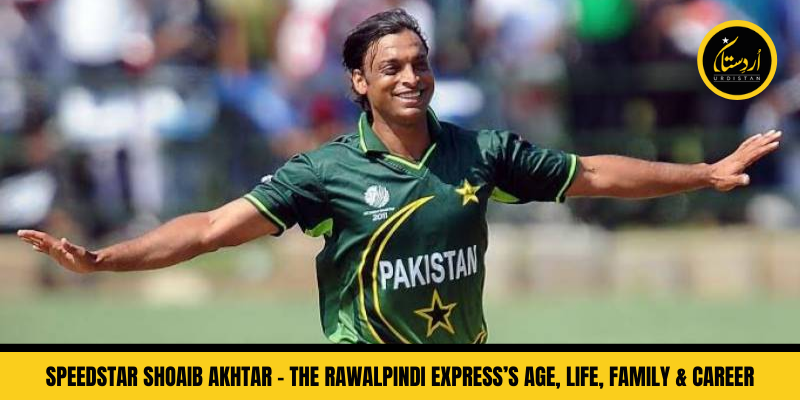 Shoaib Akhtar is a former Pakistani fast bowler (also regarded as the fastest bowler in the World), TV Presenter, Cricket Analyst, YouTuber, and Bowling Coach. Akhtar holds the record for delivering the World’s fastest ball, 161.3 kilometers per hour (100.2 mph). Shoaib Akhar is also known as Rawalpindi Express because of his High-Speed Deliveries.

Akhtar was born to a poor Gujjar family in Rawalpindi. His father was a Security Guard, while his mother was a Homemaker. Shoaib has four siblings. Akhtar was found the obedient and caring son of his parents. He married in 2014, Shoiab Akhtar’s wife name is Rubab Khan.

After receiving Elementary and Secondary Education from the Local Schools of Rawalpindi, he developed an interest in Cricket. He started playing Cricket as a fast bowler in different competitions. Shoaib was not financially stable enough to appear in Cricket Trials, but he managed to appear in a trial where he was selected and then nominated for Pakistan’s National Team. Playing for Pakistan, he delivered the ball at over 161 kmph against England, which is the fastest bowled over. Shoaib has played the ICC Cricket World Cup in 2011 and got retired after the Worldcup.

After retiring from Cricket, Shoib created his YouTube Channel in 2019. He usually uploads Cricket-related videos and stats and gives expert opinions about ongoing International & League Cricket Matches. Shoaib also appears in PTV’s Show Game On Hai with Dr. Naumna Niaz. During a recent Show, Dr. Nauman asked him to leave a show, where Akhtar not only left the show, he also resigned on the spot from PTV.

An estimated Shoiab Akhtar’s Net Worth is around 25-30 Million US Dollars.