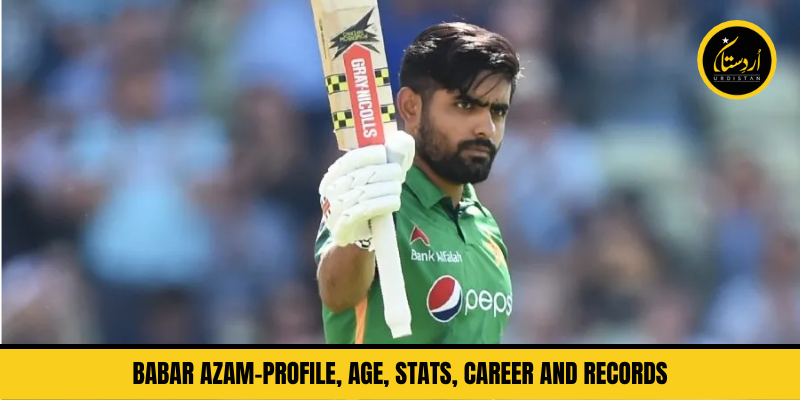 Mohammad Babar Azam is a Right-Handed Classical Batsman and Captain of the Pakistan Cricket Team for All Formats, i.e., Test, One Day Internationals, and T20 Internationals.

Babar was born to Azam Siddique in Lahore on October 15, 1994. Currently, Babar Azam’s Age is 26. Although he started playing cricket in his childhood; he also toiled as a boundary boy in his early years; Babar’s Family has produced many other Cricketers. Former Wicket Keeper batsman Kamran Akmal, Umar Akmal and Adnan Akmal are his Cousins.

In 2010, Babar stepped into Professional Cricket by Playing for Zarai Taraqi Bank in Pakistan’s Domestic Cricket. Later, his consistent batting performance resulted in him being selected for Pakistan’s Under 19 team, and then he captained the same team from 2012 onwards.

World-renowned experts recognized and appreciated Babar’s Batting technique, and keeping his performance in the account, Pakistan Cricket Board has given him a cap for International Cricket. He played his first One-Day International match against Zimbabwe, in which he smashed a brilliant 54 scores. His superb performance against Zimbabwe earned him selection for Tests and ODI Squad.

Babar Azam Career faced ups and downs after his first performance; he failed to impress his fans in International matches. However, despite his several failures, he was selected for England’s tour; that was a turning point for Babar Azam’s Career, where he scored 139 with an average of 46.33. Later his performance in New Zealand’s tour was enough to create a sound impact on critics.

Babar Azam’s Batting rose to critical acclaim when the West Indies Cricket team visited Pakistan after the Pakistan Super League, Where Babar scored three consecutive centuries in 3 ODIs. Babar made a record of achieving the highest ever runs in the 3-Matches ODI series. Against the same team, he scored his debut Test century in Dubai.

When we talk about Babar’s Test Ranking, he is at number 7 with a rating of 749. Babar’s ODI Ranking makes him the topper of the List. He is one of few Pakistani cricketers who achieved the top ODI rankings. His consistent hard work, premium, and classical Performances placed him as a topper on the List. Many experienced and top cricketers are behind him, i.e., Virat Kohli, Kane Williamson, Rohit Shama, etc. His fans are comparing him with Indian Skipper Virat Kohli, and there is always a tough competition of Babar Azam vs. Virat Kohli. Babar’s T20I ranking places him at 2nd Position, after English Player David Mallan.

In the Pakistan Super League, Azam was part of Islamabad United in the First Season, and later, he joined Karachi Kings. He proved his selection for Karachi Kings in PSL’s second edition, and he scored the second-highest total score of the tournament. In 3rd Edition, Babr was 3rd Highest Scorer. In 2020, Babar was the top scorer of PSL, where his team won the title too.