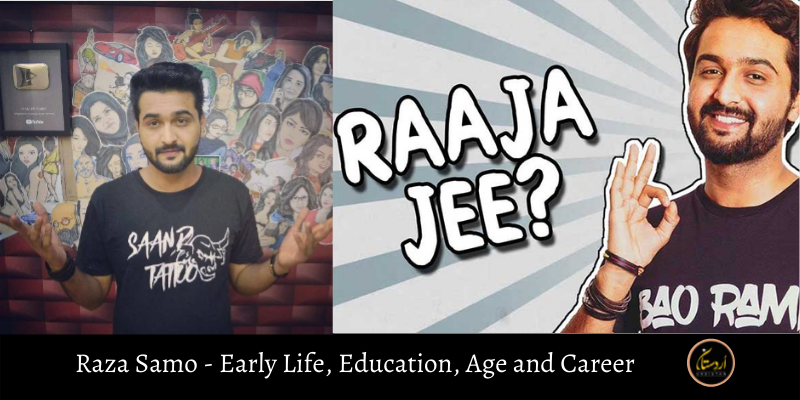 A well-known YouTuber, Comedian, Vlogger, and Media Celebrity from Pakistan, Raza Samo belongs to the backwards area of Sindh. He moved to Islamabad for studies but turned to be a comedian and YouTuber. Samo’s parents worked very hard to send Raza to Islamabad to get Education in well-reputed institutes, but Samo wasn’t interested in Studies. He was a funny fellow at the Institute of Space Technology, Islamabad; friends of Raza motivated him to try his luck as a comedian through YouTube. Eventually, he took YouTube as a medium to spread Smiles.

Father of Samo was a Bike Mechanic while her mother was a Housewife.

Samo was born in Larkana, Sindh and acquired education from the Government Institutes of Larkana. Later, he relocated to Islamabad, where he joined the Institute of Space Technology. Despite being a graduate from Institute, he was dropped out and created a YouTube Channel; no revenue was generated at that time. He started taking drugs and became a strong drug addict. After a couple of months, he started working on his YouTube Channel and luckily received an overwhelming response from viewers. After a struggle of several months, he got One Million Subscribers on his Main Channel.

Recently, Raza’s YouTube Channel was hacked by Unknown Hackers, and they posted illegal and unauthorized content on his Channel, which led to the demonetization of the Channel. YouTubers Community of Pakistan helped him out in this Critical Situation and got him out of Crisis by running different Campaigns. Luckily, His Channel got recovered within a week.

There are three channels, Raza Samo is running, stats are given below;

Raza Samo’s Net Worth is not known precisely, but he has over 1.5 Million US Dollars according to different sources.