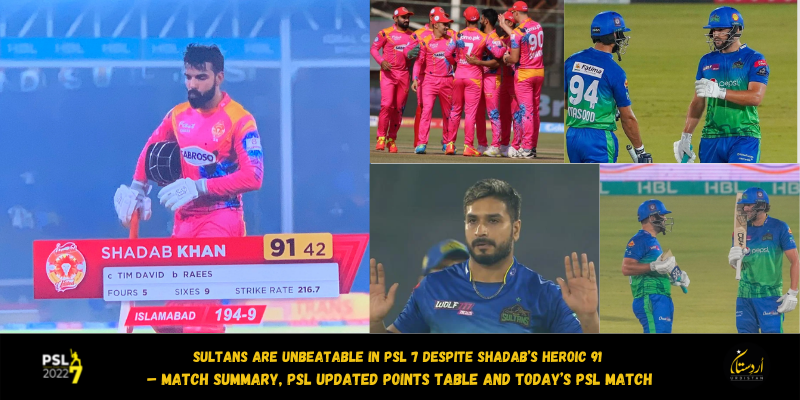 The PSL 7 is featuring some memorable matches at the National Stadium Karachi! Multan Sultans is carrying their PSL campaign as real Sultans under the Captaincy of Mr. Cool Muhammad Rizwan. In Today’s PSL match, Skipper of Islamabad United won the toss and invited Sultans to Bat first. Multan Sultans started their innings with a slower rate, but Tim David and Rilee Russow later took charge and didn’t allow the Ball to be inside the boundary line. Both overseas players showed off many skyscraping sixers and boundaries through their innings. Multan’s Sultans put off the target of 217 for Islamabad United. Islamabad United also started with early wickets and low scores in thier Second Match. Eventually, Skipper of United started playing with the Ball; he smashed a heroic 91 in chasing but did not end with a Win. Multan Sultan Bowlers restricted Islamabad from chasing the High-Target, but it was a healthy competition indeed. Match Summary of this PSL Match is given below;

Match Summary of IU vs MS

After Today’s PSL Match, Multan Sultan is at the top with Four consecutive Wins, Islamabad United is at 2nd with 1 win, Gladiators and Lahore are at third and fourth with one-one wins. Peshawar Zalmi is standing at 5th position in the updated PSL Points Table. Karachi Kings at bottom of the Updated PSL Points Table 2022

Here is the Updated Points Table of Pakistan Super League 2022. Multan Sultans are at Top while Karachi Kings are at the bottom in the PSL Points Table. 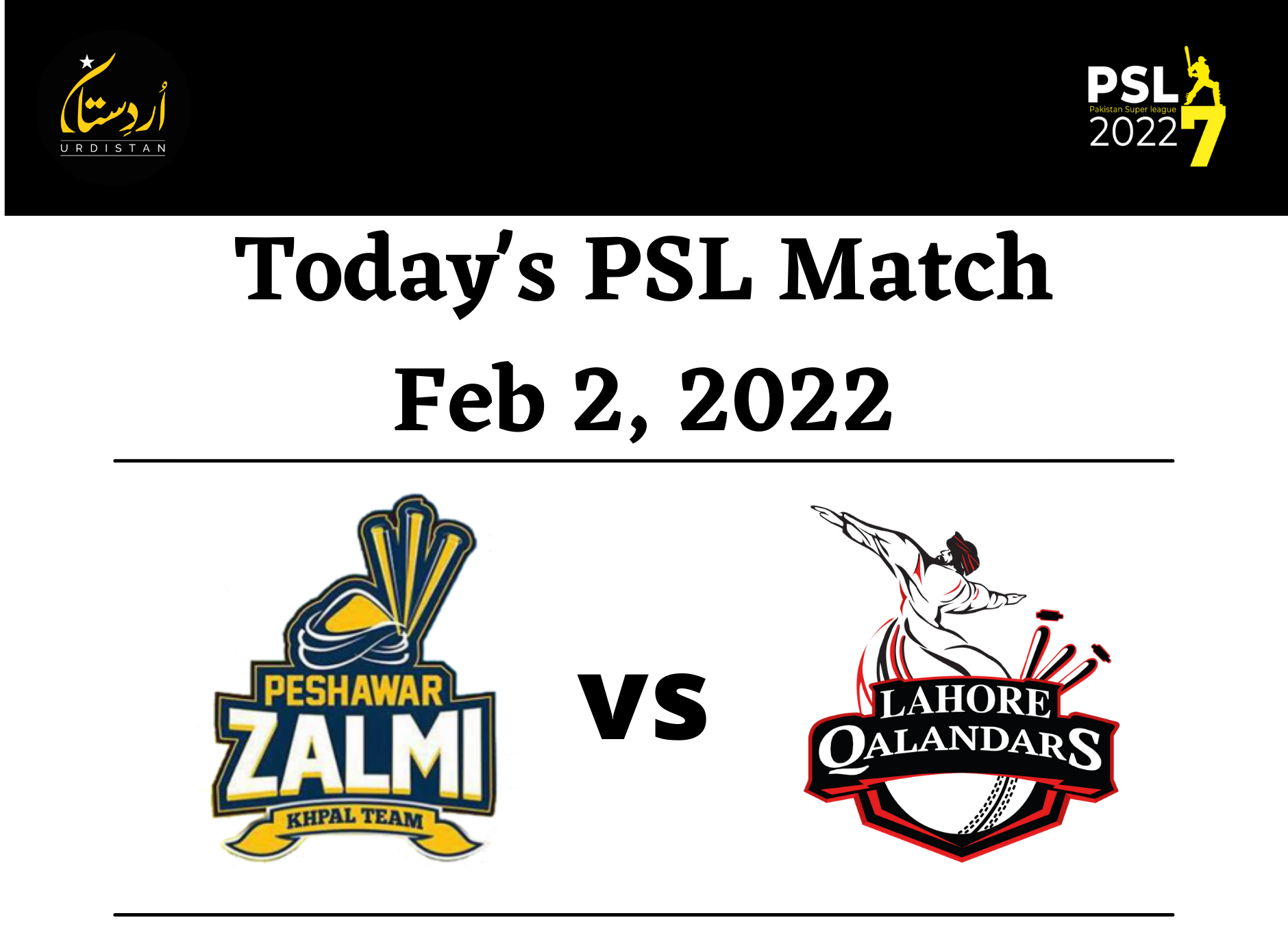 Quetta was about to chase the Target, Tim David didn’t allow the ball to cross his Border – Match Summary, Points Table and Today’s PSL Match