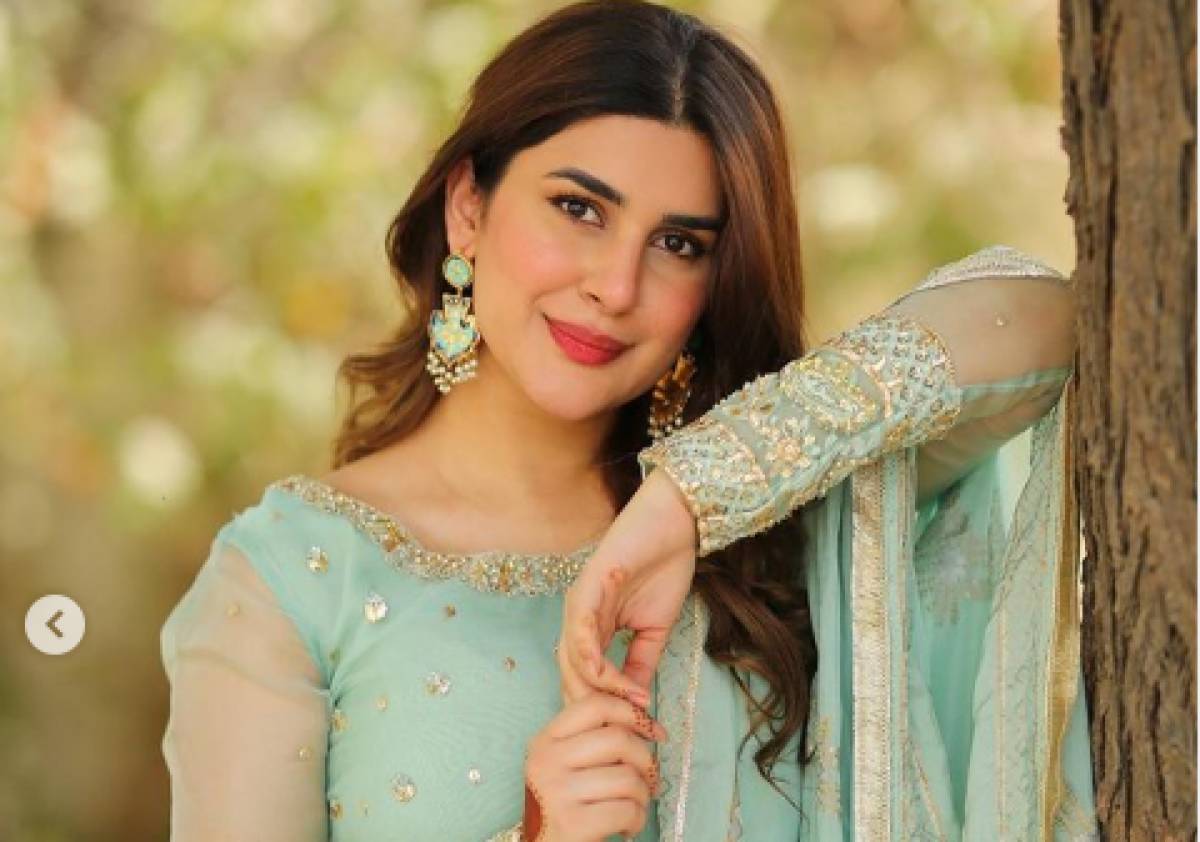 Kubra Khan is a British-borne Pakistani Model and Actress. Her real name is Rabia Khan but popularly known as Kubra Khan, her stage name. Kubra appeared in many Pakistani Urdu Dramas, Pakistani Films, and Bollywood Movies. In addition, Kubra earned a great name in a short period in the Showbiz Industry of Pakistan by her sensational Acting Skills.

Kubra Khan’s Family is well settled in London, UK. Kubra Khan’s Sister, Fatima Khan, was also an actress. She left the ShowBiz Industry after her marriage to Ahmed Ali Butt, a famous Pakistani actor, and Comedian. Kubra Khan’s younger sister is a lawyer. Are you curious about knowing Kubra Khan’s Husband? Then we can’t answer you as Kubra is unmarried!

Kubra was born and raised in London. She received her education from London and completed her graduation from the University of London.

Before entering the Showbiz Industry, Kubra was engaged in Fashion Modeling. 2013 was lucky for Kubra; she was offered the role of Hina in Nabeel Qureshi’s directed Na Maloom Afraad opposite Mohsin Abbas Haider. The film was released in 2014 and is considered a superhit on Pakistani Box office. In 2015, Kubra debuted in the Bollywood Industry with her leading role in “Welcome to Karachi” opposite Arshad Warsi & Priya Raina. Later, Khan starred in Parwaz Hai Junoon and Jawani Phir Nahi Ani, Which is the highest-grossing Pakistani film of all time.

While we talk about Kubra’s career on the small screen, she debuted in Sang-e-Mar Mar. She played the role of Sarah in a famous drama serial of that time, Khuda Aur Muhabat. Although Kubra’s role as HUSN E JAHAN opposite Ahsan Khan in ALIF was remarkable, she received great critical acclaim and praise.

Kubra Khan was ten times nominated for Different awards, but unfortunately, she won 2 of them. One of her dramas, Muqabil, earned her nomination in Lux Style awards and got ARY Viewer’s Choice Awards.

Sang-e-Mar Mar earned two nominations and one success in Hum Style Awards. In addition, the same drama earned her a nomination International Pakistan Prestige Awards in the category of Best Television Actress.