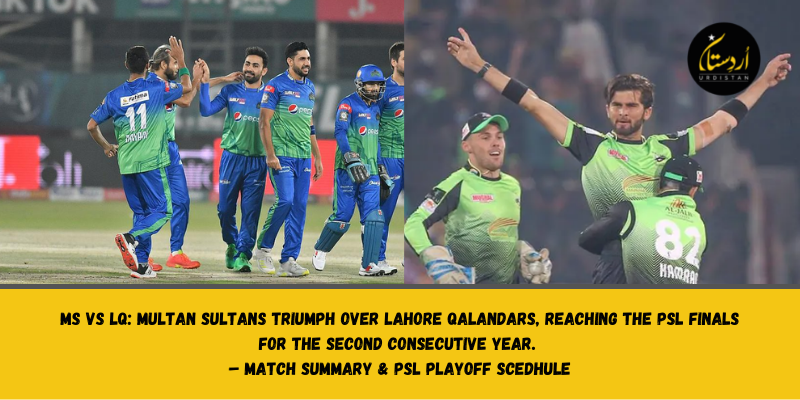 MS vs LQ Match Report: In the Second Round of Pakistan Super League 2022, Multan Sultans met Lahore Qalandars in Gaddafi Stadium. Batting First, Multan Sultans started their innings slowly with the early dismissal of Shan Masood. Muhammad Rizwan scored 51 runs of 53. Rilee Russow and Aamer Azmat boosted the Multan Sultans Runs with their punching strokes. Multan set up 163/2 after 20 overs. Muhammad Hafeez & Samit Patel are successful bowlers from Qalandars Squad, and they both took one wicket each. Chasing the Target of 163, Lahore seemed confident in the Start of Innings. Fakhar Zaman was in good form, but early wickets of Abdullah Shahiq, Kamran Ghulam and then Hafeez caused trouble for Lahore Qalandars. Although Fakhar Zaman performed well and scored a fifty, but no one stayed with Fakhar for long enough to chase the target for Lahore. Shah Nawaz Dahani from Multan Sultans disrupted the Batting of Lahore Qalandars with his magical Deliveries. Dahani received Man of the Match for his marvellous bowling figures of 3/19 in 4 overs. 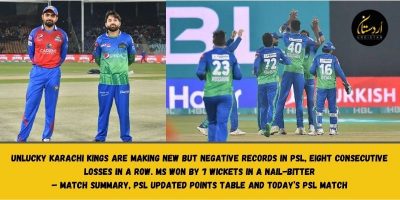 KK vs MS: Unlucky Karachi Kings are making new but negative records in PSL, Eight consecutive losses in a row. MS won by 7 wickets in a nail-bitter.