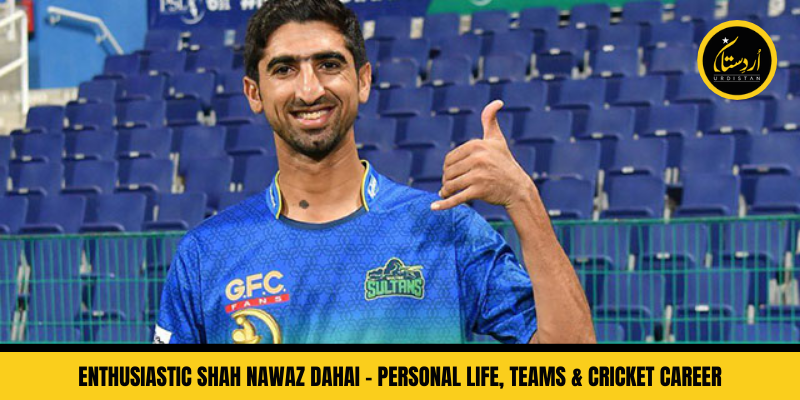 Young and Talented Shahnawaz Dahani is a passionate Fast Bowler from Pakistan who can bowl at a speed of over 150 kph. Belongs to the Backward Areas of Larkana, Dahani proved, “Hard work always pays off.” Talking to the media, Dahani disclosed that he was not even able to purchase new shoes. But, he worked hard and conquered the Cricket world with his Pacy Spells. Young Shah Nawaz debuted his T20 Career in Pakistan Super League 2021. The Multan Sultans selected him, and Dahani never disappointed them.

Dahani was born to a Poor Family of Larkana on August 5, 1998. Shah Nawaz was Son of a farmer, and his father wanted him to be a Government Officer, but Dhani’s Passion for Cricket didn’t earn her a Job in a Government Department. Instead, he got selected for Multan Sultans for the PSL 2021, in which 10-15 players were selected from tens of millions.

Dhani started his career with Tape Ball; then, he was selected for Larkana’s Under 19 team, where he played Hardball Cricket for the first time. After several executions in the Inter-District Championship, he was called for the Quaid E Azam Trophy, First Class Cricket of Pakistan. His Performance in the Quaid e Azam Trophy led him to validate his spot in Multan Sultan’s Squad for 2021’s Pakistan Super League. Shah Nawaz’s PSL Journey was Remarkable, and He impressed National & International fans and critics with his fully-fledged and pacy bowling. Playing for Multan Sultans, he became a popular team figure and became a friend of many International Stars. Cricket fans liked his On-Ground Chemistry with Kalros Braithwaite, Imran Tahir, and other fellow players.

He became one of only a few Sindhi players to secure a spot in the Pakistani National Squad following the success of his PSL career. Young Dhani is named in the Test Squad against Pak vs. ZIM, Pak vs. WI, and Pak vs. NZ series, and later, he was selected in Pakistan’s ODI team. But, unfortunately, he didn’t debut in International Cricket yet. His name is also included in Pakistan’s Squad for ICC 2021 T20 World Cup as Travelling Reserve.