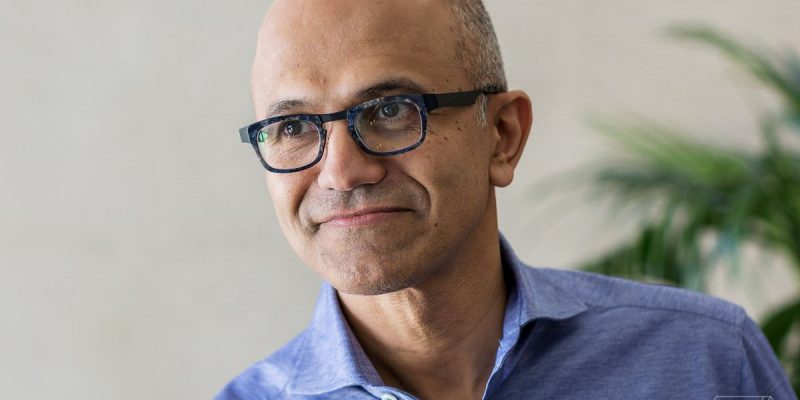 Satya Nadella is an Indian-born Business Magnate and currently serving as CEO and Executive Chairman of Microsoft Corporation. Time’s New Magazine named him one of the Most Influential People of 2018. In addition, financial Times declared Nadella as Person of the Year (2019), while an American Multinational Business Magazine, Fortune listed him Businessperson of the Year (2019).

He was born in Hyderabad on 19 August 1967. Satya Nadella’s age is currently 54. Satya was born to an educated family. His Father, Bukkapuram Nadella Yugandhar, was an Indian Administrative Services (IAS) officer, while his Mother, Prabhavati, was a Lecturer. Nadella married Anupama Nadella in 1992. Nadella’s Wife is the daughter of her father’s IAS Badge-fellow. Anupama & Satya Nadella have three children.

Satya Nadella’s early education is from Hyderabad Public School, Begumpet. In 1988, he did his graduation in Electrical Engineering from the Manipal Institute of Technology, Karnataka. Nadella earned an M.S. Degree in Computer Science from the University of Wisconsin, Milwaukee, and then completed a Masters in Business Administration (MBA) from the University of Chicago Booth School of Business.

Nadelle started his career with an American IT firm, Sun Microsystems, as an IT staff member. Then, he joined Microsoft Corporation in late 1992. At Microsoft, his Major Projects were Cloud Computing, Microsoft’s database, Windows Server, and Developer Tools for Cloud. Nadella worked in different domains at different capacities in Microsft Corporation from 1992 to 2014. His Previous Allocation(s) include:

In 2014 he was named the third CEO & Chairman of Microsoft after Bill Gates and Steve Ballmer.

He is also holding the Additional Portfolios

Satya written a non fiction book named “Hit Refresh: The quest to rediscover Microsoft’s soul and imagine a better future for Everyone”.