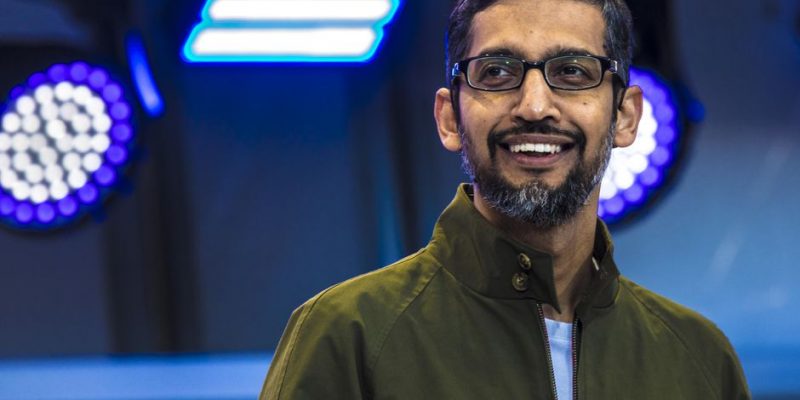 Pichai Sundararajan, commonly known as Sundar Pichai, is an Indian-born American Businessman, Investor & Speaker. He is currently serving as Chief Executive Officer (CEO) of Alphabet Inc. & Google.com (Google is a subsidiary of Alphabet Inc.). Pichai was placed on the list of Time Magazines’ 100 Most Influential People of the World during 2016 & 2020.

Pichai was born into a Middle-Class Family in Madras on June 10, 1972. Sundar’s age is currently 49. His father, Regunatha Pichai, was an Electrical Engineer, while his mother Lakshmi was a Stenographer. Sundar was born in Madras but raised in Ashok Nagar, Chennai. Sundar Pichai’s wife’s name is Anjali Pichai, and the couple has two children.

Pichai started his career at Applied Materials Inc. and McKinsey & Company. In 2004, Sundar was employed at Google, LLB. While employed at Google, Pichai worked and oversaw Google Products like Google Chrome, Google Drive, the Chrome Operating System for Chromebooks, Gmail, & Google Maps. Pichai is also overseeing the Android Operating System. He was a strong candidate for Microsoft’s Head & CEO of Google during 2014-2015, but unfortunately not appointed and given other but important portfolios. In December 2019, Sundar Pichai was awarded the position of Chief Executive Officer at Alphabets Inc., which comprises Google, Google Fiber, Sidewalk Labs, CapitalG, Calico, and many others. From April 2011 to July 2013, Sundar Pichai served Aurea Software Company named Jive Software as Director.

Sundar Pichai has a net worth of over 600 million dollars as of 2020. Approximately 2 million US dollars per month is Sundar Pichai’s salary.