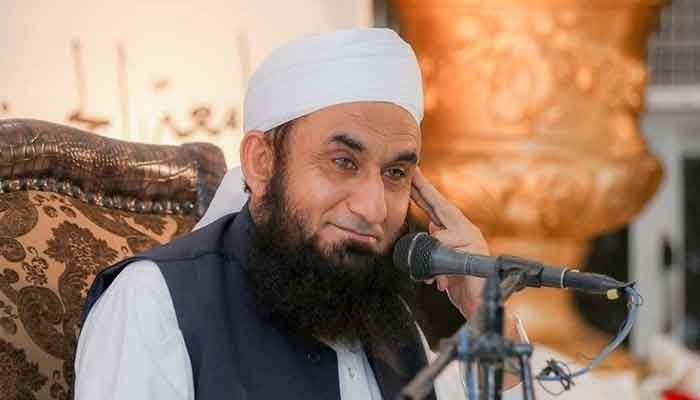 Maulana Tariq Jameel is a well-renowned Preacher, Islamic Scholar, Historian, Philosopher, Motivational Speaker, and Writer. He is one of the most influential and prominent members of Tableeghi Jamaat. On October 1, 1953, he was born in Tulamba, a small town near Kabirwala, Khanewal. Maulana Tariq Jameel’s current age is sixty-seven. He belongs to an affluent and landlord family of Southern Punjab. Molana Tariq Jameel received his early education from Lahore and Completed his Higher Secondary School from Historical Government College, Lahore. However, Maulana Tariq Jameel’s family wanted him to be Doctor. For this purpose, young Tariq Jameel was sent to King Edwards College, Lahore, to pursue his Medical Education, MBBS.

While Studying at King Edwards Medical College (Now, King Edwards Medical University, KEMU), Lahore, Tariq Jameel became a friend of Tableeghi Jamat Members. So he started attending the Tableegh Activities, and his interest in Islamic Education was begun building. Therefore he left his medical studies without finishing and Joined Jamia Arabia, Raiwand (Headquarter of Tableeghi Jamaat, Pakistan). In Jamia Arabia, he studied Islamic laws, Regulations, Rulings, Faqs, Logic, Quran, and Hadiths. He was the Student of Famous Deobandi Scholar Maulana Yusuf Ludhianwi. He encountered severe criticism from his family about his transformation towards Islamic Education.

After Completing his Islamic Education, Maulana Tariq Jameel used to deliver lectures in local Masjids and Madrassas. His Bayans and Lectures were full of Knowledge, and his way of speech started grasping people’s attention. Later, his audio lectures begun circulating widely. He insists his audience come to the Path of Allah and his Rasool (SAW), follow teachings of Islam, avoid violence, and do self-audit before criticizing others. As a result, he converted the lives of many people.

Maulana Tariq Jameel Sahab also gives lectures on Pakistan Television (PTV) during the Holy month of Ramazan. He also gets invites from Governmental Departments for Bayans. Moreover, he traveled across many regions to address people about Islamic Education and to convey the Message of ALLAH and His Rasool (SAW) in every corner of the world.

Maulana Tariq Jameel is twice the recipient of Presidential Pride of Performance from the Government of Pakistan. From 2013 to 2019, Maulana Tariq Jameel Sahab was considered among the 500 Most Influential Muslims of the World by the Royal Aal al-Bayt Institute for Islamic Thought.

On March 29, 2017, Molana Tariq Jamil launched a Youtube Channel named Tariq Jamil Official, currently having subscribers of 5.49M and overall views of 394+ Million. In addition, he received Silver and Gold Buttons from YouTube in 2018 and 2019, respectively.

Maulana Tariq Jamil Foundation is working as a Non-Profitable and Non-Governmental Organization in Tulamba and nearby towns to provide food and shelter to needy people. He is the founder of Madrassas in Different Cities of Pakistan, where he aimed to provide free-of-cost, quality Islamic education to students. Molana Tariq Jamil owns a Famous Pakistani Cloth Brand MTJ, the revenue from which is distributed in Madrassas to run their functions without any financial issues.

How to Change Language of Facebook – English to Urdu, Punjabi, Arabic etc.