Engr. Dr. Abdul Qadeer Khan is regarded as the father of Pakistan’s nuclear programs and is the only Pakistani to receive three national awards; two Nisha-e-Imtiaz Awards and one Hilal-e-Imtiaz Award. Other than these, he is the beneficiary of many other awards from National & International Organizations. Dr. A. Q. founded the Chain of Schools across Pakistan to promote Education. He is also active in doing social work.

Born in Bhopal, Dr. A. Q. Khan received his early education there and moved to Karachi, Pakistan, after Partition. Dr. Khan attended the University of Karachi for Higher Education and then relocated to Berlin, where he started studying Metallurgy and Nuclear Science as a Full-time Research Student. In 1974, India launched their Nuclear Program. As a Patriotic Pakistani, he considered it his National Duty to move back to Pakistan and strive for a Nuclear Program. As a result of his dedication, Pakistan was able to set up Khan Research Laboratories in Kahuta, Islamabad, where Dr. A. Q. and his coworkers studied the advancements of the Atomic Program and worked to make Pakistan a First Islamic Nuclear Power. On the 28th of May, Pakistan tested the Nuclear Explosions, and the Mission was “Successful.” Dr. Khan emerged as a National Hero and in recognition of his services to Pakistan’s Atomic Program, He was given the title of Mohsin-e-Pakistan.

In 2004, Khan was alleged of selling Nuclear Secrets to North Korea, Libya and Iran, and he was then house arrested by Dictator Gen. Pervaiz Musharaf. During his life he was being monitored by Law Enforcement Agencies to avoid any sharing of secret data. He appealed Courts against this hypocrisy, but his request was turned down. Later, the Supreme Court of Pakistan ordered to take care of his fundamental rights.

On 26th August 2021, Khan was admitted to the hospital, where he was diagnosed with Novel COVID-19. After fighting the Virus for a month, he died on 10th October 2021, leaving the whole nation in mourning. Prime Minister of Pakistan Imran Khan ordered the Interior Minister to overlook all the arrangements for his funeral. He was given a State Funeral at Faisla Mosque, Islamabad. His funeral was led by Vice-Chancellor, International Islamic University, Islamabad, Prof. Dr. Ahmed-ul-Gazali. In Faisal Mosque, thousands attended the funeral of Dr. Qadeer, and then the body of the National Hero was taken to the H-8 Graveyard, where his soul will rest. President Arif Alvi, Prime Minister Imran Khan, All Chief Ministers, All Services Chiefs, Chief of Joint Staff, Opposition Leader Shehbaz Shareef expressed their grief for the departed body. Paksitani Nation is observing “Mourn” over his death on 11th October 2021. 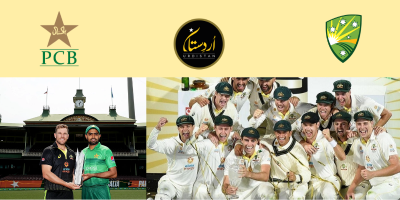