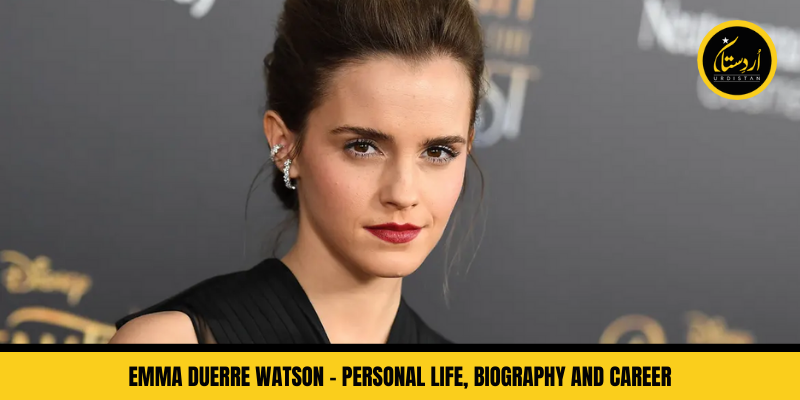 Emma Charlotte Duerre Watson is an English Actress, Activist, Philanthropist, and Model. She is considered among one of the Highest Paid Actresses. Ema Watson’s Movies Beauty and the Beast, The Circle, and Little Women are All-Time Blockbusters and are in the List of Highest Grossing Hollywood Movies. In 2015, American Time Magazine included Emma in the list of 100 most influential people in the world.

She was born in Paris on April 15, 1990, and Currently, Emma Watson’s age is 31. Emma’s Father, named Chris Watson, was an English LAwyer. Her Mother, Jacqueline Luesby, was a Homemaker. Her parents got divorced when she was in her childhood. After spending some years in Paris, Emma moved to the United Kingdom, settling in Oxfordshire and starting her studies at Dragon School. Emma was Born-Actor, and she started playing different roles in her school when she was just six. She is an alumnus of Brown University, United States of America.

Emma was found dating an American Businessman, Leo Robinson. Either he is Emma Watson’s Husband or Just Boyfriend; it isn’t endorsed yet. But Couple is in the Headlines since 2019.

The career of Emma Charlotte Watson

In 1999, Emma auditioned along with her fellows Daniel Radcliffe and Rupert Grint for Harry Potter and the Philosopher’s Stone. She was able to impress the Producers of Mega Film; her fellows were also selected for Main Roles. Emma was given the role of Hermione Granger, Daniel as Harry Potter, and Rupert Grint as Ron Weasley. The film was released in 2001, earned Millions of Dollars in Starting Week, and stood the Highest Grosser of 2001. Emma Watson received worldwide critical acclaim for her Marvellous Acting Skills throughout the Movie. Her Character as Hermione Granger was praised by the audience and kept the show’s popularity and reviews; producers and Directors of Harry and Potter signed Emma for the Next Seasons of Harry & Potter. All seasons performed well at Box office, and Watson earned many awards for her brilliance in acting.

Emma’s Movie Beauty and Beast opposite Dan Stevens released in 2017, became the Second highest grossing Film of 2017 and Overall 17th Highest Grossing Film of All Time.

Emma Charlotte, along with Hollywood Movies, serves as Social Activist. She was nominated for UN Women Goodwill ambassador in 2014 and usually delivered speeches on different Social Issues. Emma spoke at UN Headquarter 2014; Pakistani Youngest Noble Laureate Malala Yousafzai praised her Speech for Women’s Rights; Yousafzai considered herself a Feminist after listening to her Speech.

In 2021, Emma Watson’s Net worth was around 80 Million US Dollars. A particular Part of Emma’s Net worth is specifically for philanthropic purposes.

How to check remaining MBs in Ufone