Pakistan offers Support to India in Fight Against Covid. 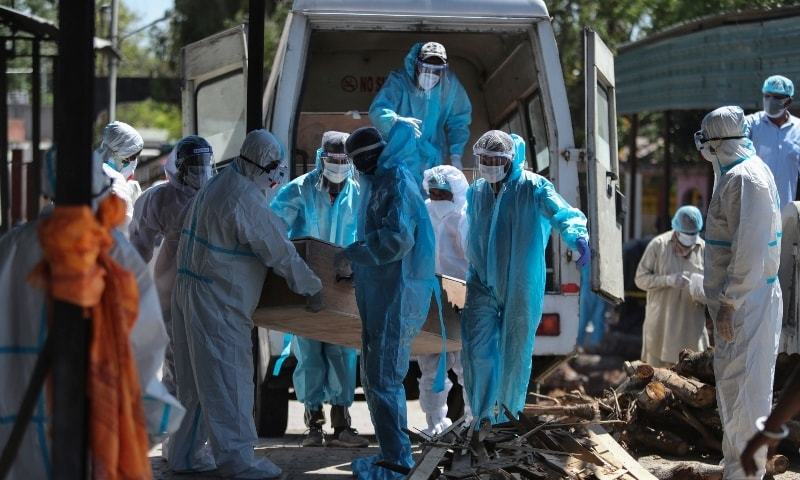 Pakistan offers Support to India in Fight Against Covid.

Pakistan offers Support to India in Fight Against Covid, Political leaders, media, and people from all over Pakistan have expressed their solidarity and offered prayers for the people of India, where the second wave of the pandemic has taken a heavy toll on the public and the country’s health system is struggling to cope.

Since infections and deaths due to corona created an alarming situation in the neighbouring region, the hashtags #PakistanStandsWithIndia and #IndiaNeedOxygen remained the top trends on Twitter on Sunday.

Re-enacting the situation, Pakistani Prime Minister Imran Khan expresses Pakistan’s solidarity with India, saying, “Our prayers for a swift recovery go to all those suffering from the pandemic in our neighbourhood and around the world.”

Foreign Minister Shah Mahmood Qureshi, meanwhile, expressed his solidarity with the people of India in the wake of the intensifying second wave, which he said had wreaked havoc on the South Asian region.

“I extend our heartfelt sympathies to the affected families in India on behalf of the people of Pakistan,” he tweeted.

The pandemic, served as a reminder that “humanitarian problems demand responses that go beyond political considerations,” and that Pakistan will continue to work with Saarc (South Asian Association for Regional Cooperation) to boost cooperation in the fight against Covid-19.

“May God be kind and may these tough times pass quickly,” Pakistani Information Minister Fawad Chaudhry said, adding that Pakistani citizens’ prayers are with the people of India.

Shireen Mazari, the Minister for Human Rights, described the suffering of Indians as “painful” as they battled the coronavirus and oxygen shortages.

“We’re all in this battle to stop the deadly third wave’s huge surge. Regrettably, many in the West have preferred to close their borders rather than assist “She went on to say that countries such as the United Kingdom and Canada had temporarily banned flights from India.

He tweeted, “Only stability and cooperation in our region can help us prepare for current and future disasters.”

Faisal Edhi, the son of philanthropist Abdul Sattar Edhi and chairman of the Edhi Foundation, had written Prime Minister Narendra Modi a letter the day before in which he expressed his concern about the Covid-19 crisis in India and offered his assistance in combating the epidemic.

“We are deeply concerned to learn of the pandemic’s disproportionately severe effect on your nation, where a large number of people are suffering greatly,” Faisal wrote.

He said the Edhi Foundation sympathized with India during this trying period and provided “a fleet of 50 ambulances, as well as our services, to assist you in tackling, and further circumventing, the existing health conditions.”

According to the message, Faisal offered to personally lead and manage the humanitarian team from his organization.

It went on to say that the Edhi Foundation is aware of the seriousness of the situation and that “we wish to lend you our full help, without causing you any inconvenience,” which is why “we will arrange all the required supplies that our team requires to assist the citizens of India.”

Alarming Situation: Pakistan Ranks 31st in the number of corona patients with 800,000 Cases and 70 more Deaths.