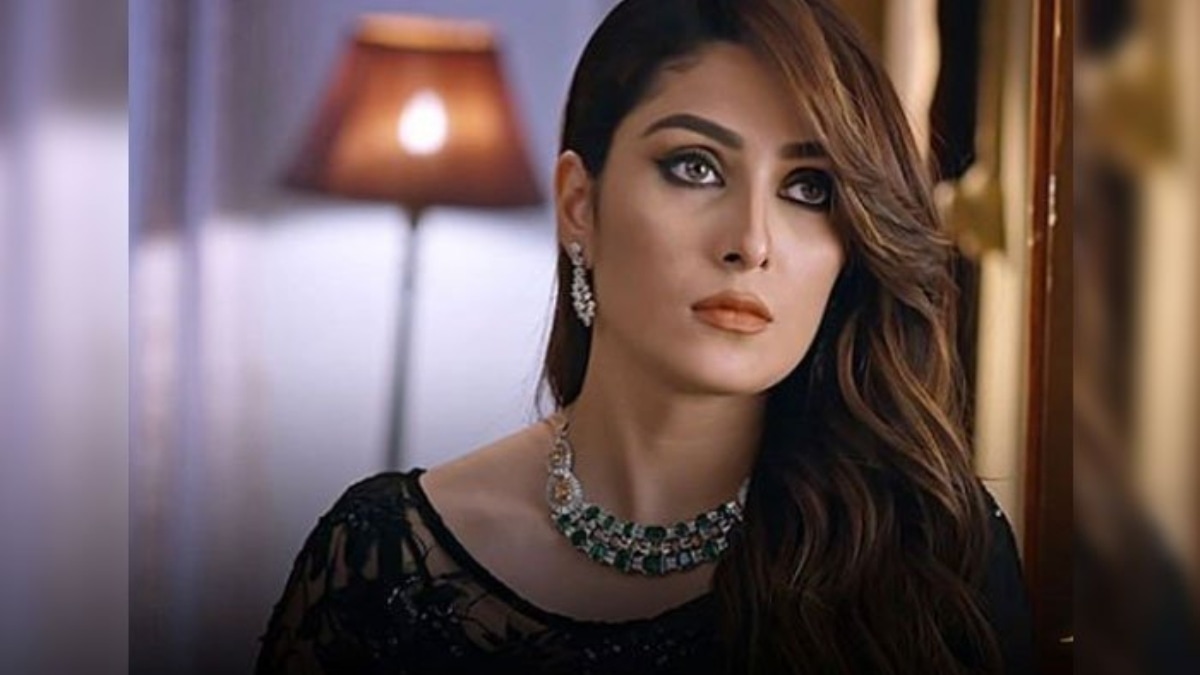 Ayeza Khan is a Pakistani Celebrity, Television Actress, and Model. Her real name is Kinza Khan. She is the leading actress in the TV & Showbiz industry of Pakistan. She was born in Karachi on January 15, 1991. She is currently the brand ambassador of many National & International Brands. Ayeza got fame from her dramas like Mery Pass Tum Ho, Piyary Afzal, and her recent drama, Chupke Chupke, also gained the attention of millions of viewers.

Ayeza Khan married Pakistani Film and Drama Actor Danish Taimoor in 2014, and she is a mother of a 4-Year old son and a daughter of 7 years. Ayeza Khan’s Husband, Danish Taimoor, is also a well-known actor and Model. And when we talk about the Ayeza Khan family, she has one sister named Hiba Khan.

Ayeza Khan and her Husband, Danish Taimoor have been happily married since 2014, and they are found to be very dedicated to their work. They do not go to private parties and shows. Instead, they give time to their families!

While we talk about her education, she has completed her graduation from the Newports Institute of Communications and Economics, Karachi, Pakistan.

The color of her eyes is Brown, while her hair color is black.

While we talk about the Ayeza Khan age, she is 30.

Her career started from Pantene’s Contest, in which she stood First Runner Up; then she entered the field of modeling. Ayeza Khan started her TV career at 18 when she appeared in “TUM JO MILEY” as a supporting character. After that, she did many supporting roles. Later in 2011, she appeared in GEO TV’s “TOOTEY HUVY PER” as the leading actress. After that, she played leading roles in several dramas. Eventually, Ayeza Khan’s drama with Hamza Ali Abbasi, “PYARY AFZAL,” earned her remarkable popularity and fame. Piyary Afzal was a superhit drama of that time, and people liked her role. Ayesha Khan’s tremendous acting in Piyary Afzal awarded her with  LUX STYLE AWARDS for Best TV Actress.

This Ayeza Khan’s drama was among the most viewed dramas of Pakistan. Ayeza Khan was in leading roles with Humayun Saeed. Everyone praised her acting, and she won the Pakistan International Screen Award for Best Television Actress. She was also nominated in HUM Style awards for Most Stylish Actress and Pakistan International Media Awards for Best Television Actress.

In Piyary Afzal, she was in the leading role against Hamza Ali Abbasi, and ARY Digital aired this drama. Her remarkable acting performance as Farah Ibrahim in Piyary Afzal was awarded Lux Style Awards for Best TV Actress.

Ayeza worked in more than 30 Pakistani dramas. Here is the Ayeza Khan’s Dramas list with the year of their release,

Ayeza Khan also performed in Telefilms. In 2014, she performed the role of Zoya in Main Kukkoo Aur Woh. In 2016, She appeared in Teri Meri Love Story as Soni. Another telefilm of Ayeza Khan was aired in 2019 named Kahin Pol Na Khul Jaye. In 2019, She played the role of Vespa Girl in Saba.