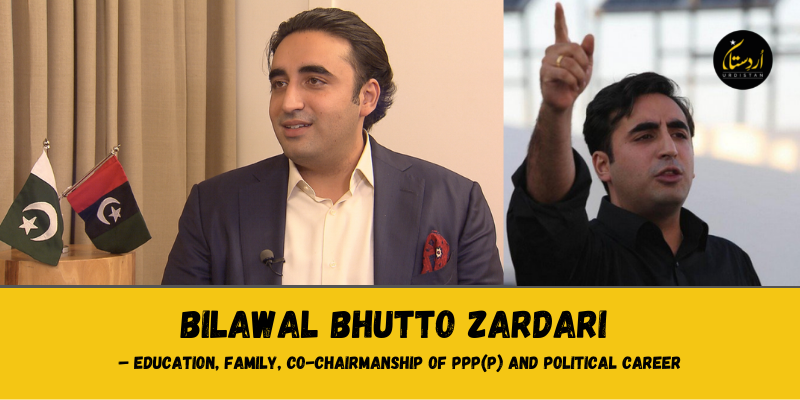 Bilawal received his early education from Karachi and Islamabad; after that, he moved to Dubai, United Arab Emirates. In UAE, he studied at Rashid Shcool for Boys. Later, Bilawal got admitted to the University of Oxford and earned her Bachelors Degree in Modern History and Politics. He has completed his Masters from the same Institute.

Bilawal was appointed as Chairman of the Pakistan Peoples Party after the assassination of former Prime Minister Shaheed Benazir Bhutto in Liaqat Bagh, Rawalpindi. After the demise of Shaheed Bibi, Bilawla’s Father, Asif Zardari, came into Power. During Zardari’s regime, Bilawal was out of Pakistani Politics and remained silent till 2017-18. However, during 2017-2018, he came into the frontline of Pakistani Politics and started the campaign for 2018’s General Elections. He attended the Party Meetings and Gatherings across all the provinces. He headed the PPP’s Election campaign and submitted his nominations for three constituencies, i.e. Larakana, Malakand and Karachi.

In 2018’s General Elections, PPP clean swept in Sindh, emerged as Pakistan’s third-largest party in terms of seats, although Bilawal was elected from one constituency only out of three. In 2013, PPP was able to win 34 seats, while in 2018, under the leadership of Bilawal, they won 43 seats.