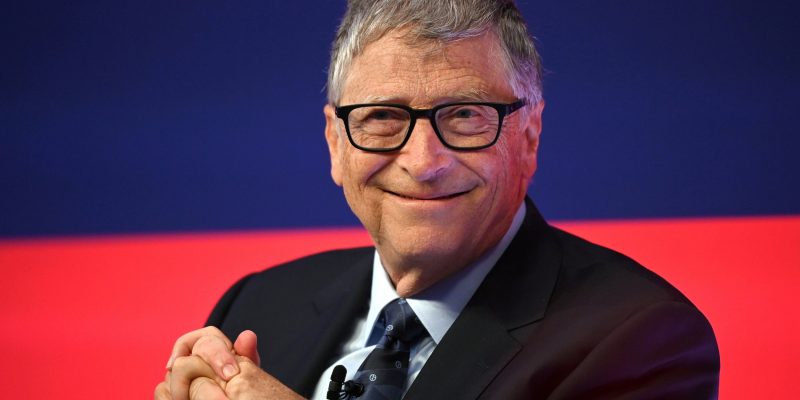 Bill Gates is actively involved in Social Work with his wife; they both formed different Non-Profit Organizations in multiple regions across the World.

He was born on October 28, 1955; his age is 65. He was born and raised in Seattle, Washington, U.S. He was born to Civic Leaders & Activists i.e. William H. Gates Senior and Mary Maxwell Gates.

Gates married Melinda French in 1994, and they both have 3 children together. Bill Gates Gates’ daughters include Jennifer Katharine Gates & Phoebe Adele Gates. Bill Gates’ only Son name is Rory John, and he is Poet and media celebrity.

In 2021, Both Melinda French and Gates parted ways. Bill Gates Wife, Melinda French, is a Partner of Gates’ Wealth and Co-founder of Bill & Melinda Gates Foundation, the largest Philanthropic Organization in the World.

Gates was admitted to Lakeside Prep. School at 13. In Lakeside Prep. At School, Gates developed an interest in Computer Programming and started writing Different Programs. Later, he joined Harvard College but quit his studies after a brief time.

After leaving the Studies, Gates met his two-year Senior Colleague Paul Allen and founded Microsoft (Microsoft’s Altair BASIC), then Partnered with IBM and launched First Windows in 1985. The Microsoft name shows two Micro, referred to Micro-Computer, Soft, resembles Software. Apple was the competitor of Microsoft at first, and the rivalry between Apple’s CEO Steve Jobs and He is well known. After the success of Microsoft, Bill Gates formed many subsidiaries & projects.

With an approximated net worth of 134.2 billion USD, He is one of the Richest Persons in the Universe.

KK vs MS: Unlucky Karachi Kings are making new but negative records in PSL, Eight consecutive losses in a row. MS won by 7 wickets in a nail-bitter.