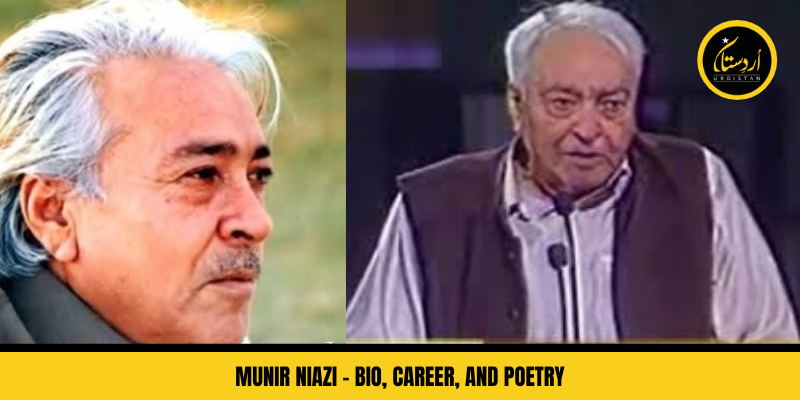 Niazi was born in Khanpur and obtained his elementary education from there. After Partition, Munir’s family migrated to Sahiwal, Punjab. His father was in the Agriculture Related Department while other members were in either Army or Transportation Department. Like his other family members, Niazi joined the Navy after Matriculation, but soon he abdicated. After resigning from the Navy, he enrolled in Dayal Singh College, Lahore, and earned a Bachelor’s Degree.

Before starting Poetry, Niazi opened the Publishing House in Sahiwal and initiated the Journal Sat-Rangi (Seven Colors). After that, he started writing film songs which became very popular. Later, Muneer started writing Poetry. Munir Niazi’s poetry comprises two famous languages of the Indo-Pak Subcontinent, i.e., Urdu and Punjabi. His Charming Personality attracted women, and his poetry grasped the attention of Youth. He was considered to be a self-admired Poet.

In acknowledgement of Munir’s services towards Punjabi and Urdu Literature, the President of Pakistan awarded him with;