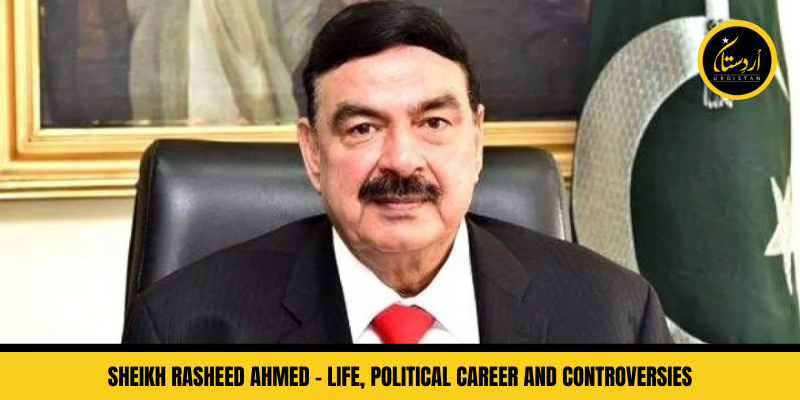 He was born in Rawalpindi on November 6, 1950. Currently, Shiekh Rasheed Ahmed’s Age is 70.

If you are Searching for Shiekh Rasheed’s Wife, then don’t waste your time browsing his wife, as Shiekh didn’t marry yet, and he even doesn’t have any plans for the near future. While we talk about Shiekh Rasheed’s Family, his father was a Politician, and his mother was a housewife, and she brought him up as a Single Parent. Federal Parliamentary Secretary for Narcotics Control and Member National Assembly, Shiekh Rashid Shafique, is HSiekh Rasheed’s Nephew.

Shiekh was born and raised in Rawalpindi. His Residence name Laal Haveli is situated in the Premises of Historic Rawalpinidi’s Raja Bazar. Shiekh received his education from Government Gordon College, Liaqat Bagh, Rawalpindi. He has completed his LLB and M. A. from the University of Punjab, Lahore. He is an alumnus of Christian High School and Govt. Polytechnic Institute.

During the Musharaf’s Administration, In 2002, Shiekh Rasheed Ahmed lost his Rawalpindi’s Seat in General Elections. But he was re-elected from the same constituency in By-Elections in the same year. During 2002’s General Elections, PMLN wasn’t given the ticket to Shiekh, which resulted in Shiekh’s expulsion from the party. Later he Joined the Shuja’at Hussain’s led Pakistan Muslim League (Quaid E Azam). His close associations with Gen. Pervaiz Musharaf earned him the Federal Ministry of Information and Broadcasting. Later in Musharaf’s reign, he was awarded the Railway Ministry.

General Elections 2008 were not favourable for Shiekh Rasheed Ahmed; he lost both of his constituencies of Rawalpindi, one seat was lost to PMLN’s Javed Hashmi, and the second was lost to MMA’s Raja M. Hanif Abbasi. Shiekh was much depressed with the results; he left the PMLQ and announced that he would leave the Politics. But, contrary to his claim, he didn’t leave politics and formed a one-member party, Awami Muslim League.

During the General Election of 2013, Shiekh Rasheed joined hands with Imran Khan and won the Rawalpindi’s seat after a gap of several years. After the court dismissal of Prime Minister Mian Nawaz Shareef, Shiekh was contested for the Seat of Prime Minister, but he couldn’t get enough votes.

Rasheed Ahmed again won his Rawalpindi’s seats and became the Member of the National Assembly, and later, he was in Khan’s Cabinet as Railway Minister. In 2020, Shiekh Rasheed was given the Important Portfolio of the Interior Ministry.