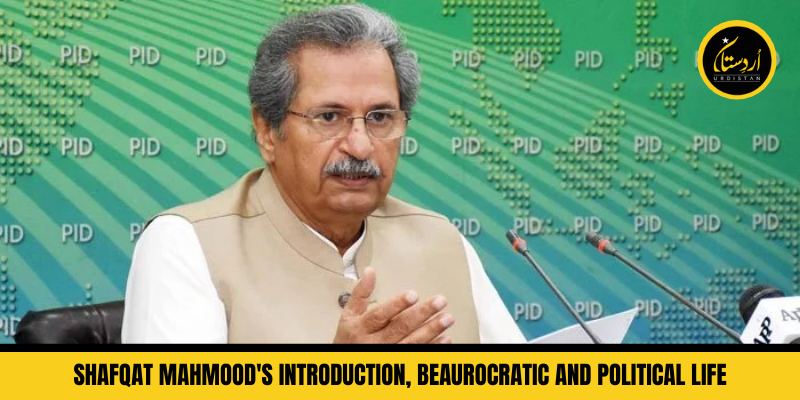 Mehmood started his Political career in 1990 when he joined hands with PPP. He served as Special Assistant to the Former President of Pakistan, Zulfiqar Ali Bhutto, and Prime Minister Benazir Bhutto. In 1994, Shafqat was elected as a Senate Member on the seat of PPP. Again, he was elected as a Member of the Senate in 1997 as an Independent Candidate.

He was also a part of Musharaf’s Military Government and served as Federal Minister for Information Technology from 1999 to 2000. In 2000, he resigned from all political designations and started writing in English Newspaper, THE NEWS.

In 2007, Benazir Bhutto was shot dead in Liaqat Bagh, Rawalpindi. Shafqat left PPP after the Incident. And after a gap of four years, in November 2011, he joined Pakistan Tehreek-E-Insaf led by Imran Khan Niazi as Information Secretary. Later he was contested in the General Elections of 2018 and won the seat of National Assembly from Lahore’s NA-126.

In 2015, he resigned as PTI Organizer, Lahore, and then re-assigned the charge of Central Information Secretary of PTI.

In the General Elections of 2018, he won the National Assembly’s seat from the NA-130 Constituency of Lahore. Prime Minister Khan allotted him the Ministry of Education, Professional Training, National History, and Literary Heritage.