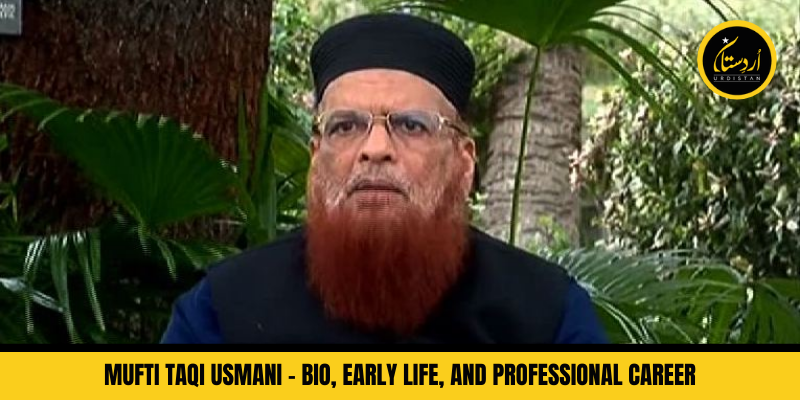 Mufti Muhammad Taqi Usmani is a Famous Pakistani Islamic Preacher, Scholar, Judge, and Professor. He belongs to the Deobandi School of thought. He is teaching Hadith in Dar Ul Uloom Karachi, where he is also the Vice-President of the Institute. He is an expert in Islamic Economics and Financial Management. Mufti Taqi is a notable affiliate of many Shariah Boards of different countries.

When Mufti Taqi was at the age of four, his family immigrated from India to Karachi. Taqi Usmani was born in Deoband, United Provinces UP, India. He received his early education from his father, Mufti Muhammad Shafi, a Renowned Deobandi Scholar. In Karachi, his father founded the Madrassa Dar Ul Uloom Karachi, in which he received his Islamic Education. Later, Mufti Taqi Usmani graduated in Economics and Politics, Usmani did LLB (Bachelor of Laws) from the University of Karachi. He completed his Master’s in Arabic Language and Literature from the University of Punjab.

In 1977, he became a member of the Council of Islamic Ideology. After that, Mufti Taqi Osmani Joined the Supreme Court of Pakistan as a Judge in the Shariat Appellate Bench and served in the Federal Shariat Court of Pakistan. Mufti Taqi Usmani held leading positions in numerous National and International Boards and Courts. He is currently serving as Chairman/President of Shariah and Advisory Boards of many Pakistani and International Economic forums and Banks.

Mufti Taqi Usmani is a beneficiary of Many Awards from multiple National and International Organizations: