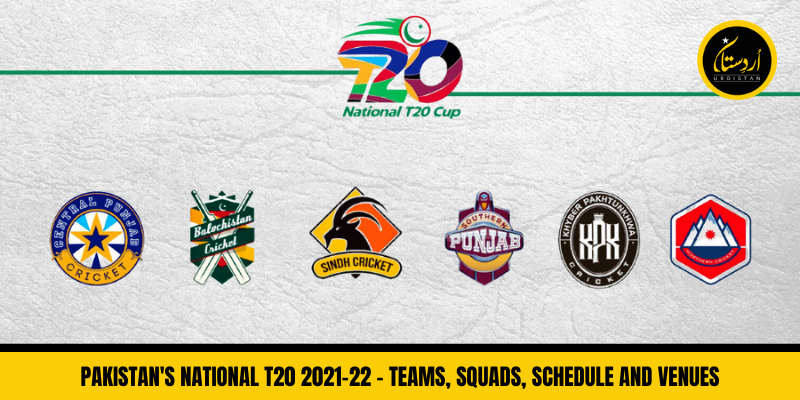 After New Zealand and England withdrew from Pakistan’s tour, the Pakistan Cricket Board has rescheduled the National T20 Cup to have enough Practice for the upcoming T20 World Cup. Both England and New Zealand have pulled out their scheduled tours of Pakistan over baseless Security threats. New Zealand’s team was in Rawalpindi, Venue was set to host Match Between PAK vs NZ, but Blackcaps withdrew the four minutes before the Match. Following the New Zealand Cricket Board, the English Cricket Board also decided not to play on Pakistani Soil. In the meantime, PCB decided to start the National T20 cup featuring Pakistan’s T20 World Cup Squad and other National Players in Rawalpindi and Lahore. National T20 Cup is the new name of Faysal Bank T20, Haier T20 Cup and ABN-AMRO Twenty-20 Cup.

The National T20 Cup was the biggest and oldest National Cricket Tournament in Pakistan before the emergence of the Pakistan Super League, with varying numbers of teams, played in different years. In Starting, Teams were named on different cities and later, the teams were given regional Identity. Sialkot Stallions, led By Shioib Malik, is considered the Most Successful team.

Six Regional teams will contest for the title; the following are the names:

The tournament will be Round Robin, followed by Semi-Finals Between No. 1 vs No.3, No. 2 vs No. 4, and the winners of Semi-Finals will contest in Grand Finals at Famous Gaddafi Cricket Stadium, Lahore.

Khyber Pakhtunkhwa is Defending champion; they have won the title of National T20 Cup 2019 under Muhammad Rizwan’s Captaincy. Shoaib Malik was Player of the Final Match, whereas Fakhar Zaman earned Player of the Tournament Award with his knock of 67 in the Final and other Performances in the rest of the innings.

Here is the National T20 Tournament’s Schedule with Time, Venue and Date.

Dr. Israr Ahmed – Life, Education, and His Services for Islam and Pakistan