Dr. Israr Ahmed - Life, Education, and His Services for Islam and Pakistan 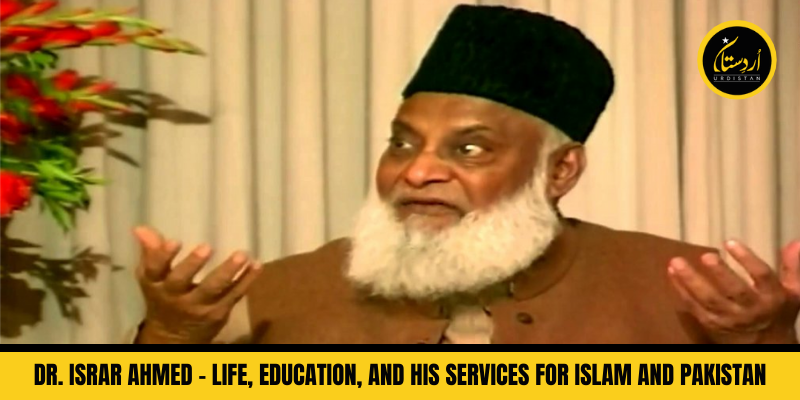 Israr Ahmed, Professionally and Popularly known as Dr. Israr Ahmed, was a Pakistani Islamic Researcher, Philosopher, Theologist, and Preacher. He was born in the City of Indian Punjab, Hisar. He is the Founder of Tanzeem E Islami, and he is also a Mufasir as he is written the Tafseer of Quran. Islamic Scholars widely recommend Dr. Israr Ahmed Tafseer E Quran. Famous Islamic Preacher, Dr. Zakir Naik, recommended studying his Tafseer E Quran.

Dr. Israr Ahmed was born on 26 April 1932, and his father was a Servant of the British Government. After the Independence of Pakistan, Dr. Israr Ahmed emigrated to Sahiwal. Dr. Israr did his MBBS from King Edward Medical College and then did B. A and M. A in Islamic Studies from the University of Karachi. He played an active role in the creation of Pakistan; he supported the creation of Pakistan by the platform of the Muslim Students Federation (MSF). After Partition, He Joined Modudi’s Led Jamaat-I-Islami, but after ten years, he left the Jamat and started working for Tanzeem E Islami.

In the reign of Gen. Zai Ul Haq, Dr. Israr was responsible for giving Islamic lectures at Pakistan Television Network (PTV). His lectures received massive viewership across the country, and he became a famous Islamic Scholar.

In 2012, His Official YouTube Channel, Dr. Israr Ahmad Official, was launched, where his previously recorded speeches are regularly uploaded. His YouTube Channel has an overall viewership of over 232K with 2.19 Million subscribers.

News of Dr. Israr Ahmed’s demise was shocking to everyone; his death left a mourn for his worldwide fans.

In 1981, Dr. Israr Ahmed received Sitara-i-Imtiaz from the Government of Pakistan. His Channel received Silver and Gold Buttons from YouTube.

Dr. Israr was the author of famous books like: