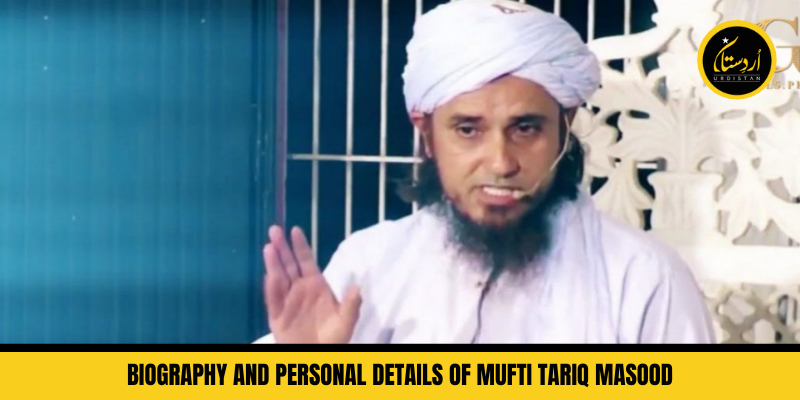 Tariq Masood, Popularly known as Mufti Tariq Masood, is a Famous Pakistani Religious Scholar and Motivational Speaker. He gives lectures on the topics of Fiqah, Polygamy (Mulitple Marriages), and Tafsir. He is a Hanafi Sunni Muslim and follower of the Deobandi Firqa or Movement.

Mufti Tariq Masood was born in Sargodha, and his father was in the Pakistan Navy while his mother was a housewife. He studied Fiqh and Islamic Sharia from Karachi’s Famous Seminary, Jamia Tur Rasheed.

After completing his Religious Education, he became a member of Jamia Tur Rasheed’s Darul Ul Iftah (Committee of Religious Scholars to address Daily life Masaail and give rulings on different issues according to Islamic Law).  Later, he became Imam at Local Mosque, Masjid-e-Alfalahiya in Karachi. From here, he started recording his Jumma Lectures and then uploading them on youtube. People liked his style and the way he delivers his lecture (Bayan). Tariq Masood started getting thousands of viewers on his videos. He used to tell Funny Incidents of Daily life and Jokes during his Bayan to convey his message efficiently. Mufti Tariq Masood’s Bayans are widely circulating in Pakistani Social media, and the youth is a big fan of him.

He is a recipient of two silver buttons and one gold button from YouTube.

Dr. Israr Ahmed – Life, Education, and His Services for Islam and Pakistan