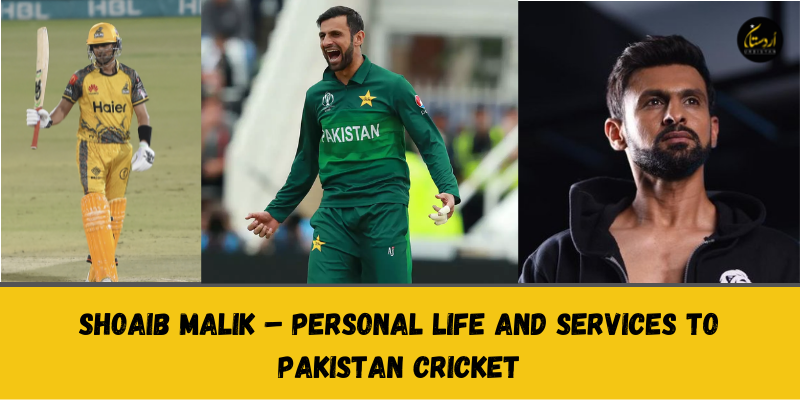 Right Handed Batsman and Off-Break Spinner Shoiab Malik is former Captain of the Pakistan team. He is the Most Senior Player in Pakistan’s World Cup T20 2021 Squad. Malik Belongs to Sialkot, and he captained the team of his city, named Sialkot Stallions, which holds the record for Most Successful Team in T20 Cricket in Pakistan.

Malik was born in Sialkot, Punjab, on February 1, 1982. Currently, Shoaib Mailk’s age is 39. Shoaib was raised in Sialkot and attended the local school. However, his parents wanted him to study rather Playing cricket. In Starting, Malik played tape ball cricket in the streets of Sialkot. His first assignment was the U-15 World Cup, where he was selected in the Squad on the basis of his bowling.

Malik started his international cricket career in 1999 as Off Break Bowler PAK vs. BAN ODIs. PCB’s Bowling Team inspected him for Bowling Action, which was then declared legal. He remained under the observation of cricketing authorities for his bowling action throughout his career. Besides bowling, he worked on his batting and converted him into a Full-Time All-rounder. In 2003, he served Gloucestershire County Cricket Club as a Batting Allrounder and performed superb knocks there. Shoaib was appointed the Captain of the National Squad, followed by the resignation of Inzamam Ul Haq. He served two years as Captain. There were many hiccups in Malik’s cricket career; he was banned twice, ruled out of the squad, and terminated as Captain.

In 2015, he was again called for the National Squad and became a Key Member of Pakistan’s National Team. He retired from Test and One Day International Cricket in 2016 and 2019, respectively. Shoaib recently represented Central Punjab in the National T20 Cup, and his performance was good enough to select him for ICC T20 Cricket World Cup 2021. Pakistan has named him in its World Cup T20 squad after middle-order batsman Sohaib Maqsood is ruled out with a back injury.

Some of Shoaib Malik’s records are;