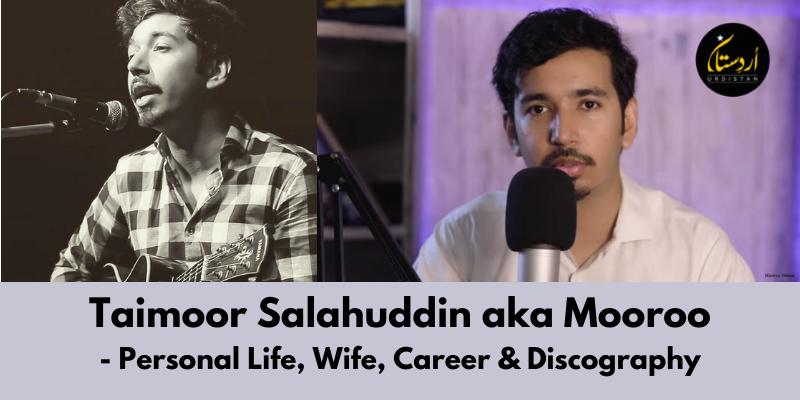 The famous Pakistani content creator and YouTuber Taimoor Salahuddin, popularly known as Mooroo, is one of Pakistan’s most-watched and most loved YouTubers, artists, musicians, and singers. Mooroo is famous for producing quality content; his videos are full of entertainment and give some sort of lesson to viewers. Taimoor is nominated for several National and International Awards, including Pakistan International Screen Awards (PISA) and Lux Style Awards, and won Youth Festival Award for Voice of the Year for his song “Tere Bina“.

Although Taimoor’s parents were from Chiniot, Punjab, he was born in Lahore, and he is an alumnus of Aitchison College, Allied School & Beaconhouse National University.

After completing his education, Mooroo created his Youtube Channel in 2006 and uploaded Singing Videos and Vlogs. In Starting, he didn’t receive an appreciable amount of views and subscribers but eventually, his name emerged as one of the top YouTubers in Pakistan. Taimoor Mooroo is a singer; he has sung many famous songs which were nominated for Lux Awards. Mooroo did a popular song Tum Tum with Co-SIngers Asim Azhar, Young Stunners & Shamoon Ismail. Following Channels are

IU vs QG: In the battle with Gladiators, Paul Stirling, Azam Khan, and Munro triumphed, leading IU to win by 43 runs.