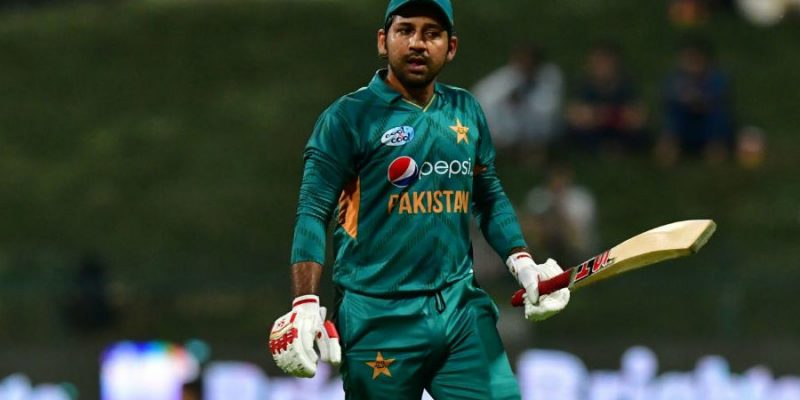 Right-Handed Sarfraz Ahmed is the former captain of the Pakistan National team in all three formats. He is one of the Most Successful Captains of Pakistan and the Youngest Cricketer to be Awarded Sitara e Imtiaz. He was the Captain of Pakistan’s Winning Squad in ICC Champions Trophy 2017, Under 19 World Cup, and a Captain of Quetta Gladiators who lifted the PSL Trophy in 2009.

Wicketkeepers usually have short heights; Sarfraz, for instance, stands around 1.73 meters high, but he keeps the bowls twice his height at the field.

Sarfraz is the son of Shakeel Ahmed, who owns the leading Publishing House in Karachi. In 2005, Sarfraz married Syeda KhushBakht, and they have two children.

The family of Sarfraz Ahmed migrated to Karachi as a result of partition, and his Father, Shakeel Ahmed, started his Publishing and Printing House Business in Karachi. Sarfraz completed his Graduation in Electronics Engineering from Dawood University of Engineering and Technology, Karachi.

When he started his career, there was an intense brawl between Akmal Btohers and Sarfraz Ahmed. There was a Musical Chair show between both; one fails, the other gets a chance. It comes 2015, Sarfraz was selected for ODI World Cup 2015; in initial matches, he was kept in the dressing room, but after back-to-back failures of Umar Akmal, he was called in for PAK vs. SA, scored 49, and earned Player of the Match, followed by a ton against Ireland. His performances kept Pakistan alive in the tournament, but in the Quarter Finals, Australia outclassed Pakistan and issued a return ticket to Pakistan. Overall, Sarfraz Ahmed’s Performance was Excellent, and he was then eventually selected as Captain of Pakistan’s team in ODI, T20I, and Test. His tenure as Captain was memorable. Pakistan won the ICC World title after 1992 (ICC Champions Trophy) and achieved many Milestones. Sarfraz Ahmed is considered aggressive on the field but truly a team leader. Under His Captaincy, Pakistan became the No. 1 Team in T20 with many consecutive wins.

In 2019, the scenario reversed; he was dropped even as a Team Member, Babar Azam became his successor. The wicketkeeper replaced him in all formats. But he didn’t lose hope and proved his efficacy and became part of the team again in 2020. After several changes in the World Cup T20 Squad of Pakistan, he secured his place again for ICC World Cup 2021.