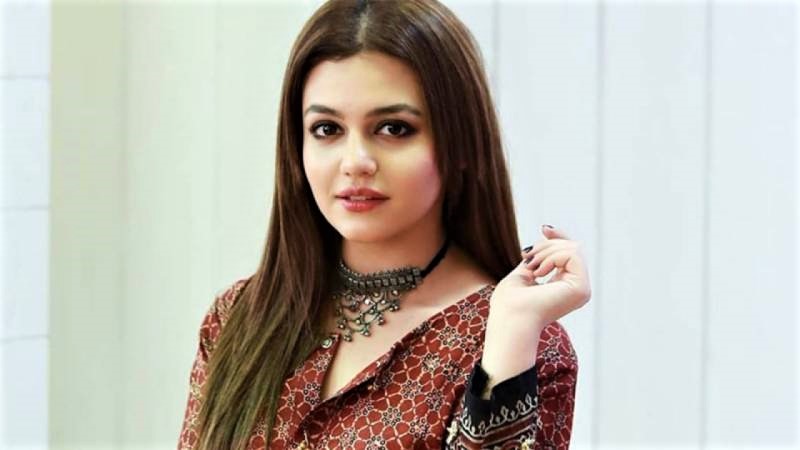 Zara Noor Abbas Siddiqui, most popularly known as Zara Noor Abbas is a top Pakistani Actress and Model. She is famous for her roles, as Arsala in Khamoshi and Rani in Ehd e Wafa. Zara Noor has also debuted in Pakistan’s Film Industry with her film Challawa opposite Adnan Siddiqui and Mehwish Hayat.

Zara Noor Abbas’s Family is famous for Acting. Bushra Ansari is her aunt and famous TV actress Asma Abbas is her Mother.

Zara was born in a family of actors. Her mother and aunt have an intense history in Pakistan’s Drama Industry. Zara graduated from Beaconhouse National University and studied Filmmaking, Film design, Dancing, and Theatre.

In her earlier career, she performed in plays and dance competitions. She has started her professional showbiz career with a leading role alongside Adeel Choudhary in Dharkan. Later in 2017, she was offered the role of Arsala in Khamoshi, which received great critical acclaim, and it was the most-watched Drama of 2017. Khamosshi earned her great fame and was praised for her acting nationally and internationally.

Another Big hit from Zara was her comedy-based role in Ehd E Wafa, an ISPR’s Production. Her character of Rani in Ehde was a favorite of many of us!

Zara Noor started her Film career with Comedy Drama Parey Hat Luv opposite Mahira, Asim Raza and Shehryar Munawar Siddiqui. Chhalawa was her second Film in which she worked along with her husband, Adnan Siddiqui, Mehwish Hayat & Azfar Rehman.

Zara Noor Abbas’s Drama List with year of their release

In 2020,  Zara was nominated in Pakistan International Screen awards for her brilliant performance in the drama serial Chhalawa. In the same year, she won the PISA awards in the category of Best Actress for her film, Parey Hut Luv.