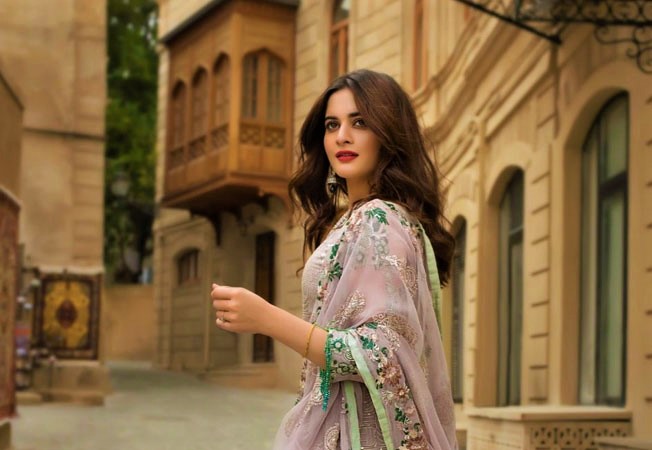 Young Aiman Khan is a Model and Pakistani T.V. actress. Aiman Khan’s age is 22, and she appeared in more than 20 Pakistani Drama Serials. Karachi Born Aiman Khan is best known for her roles in ISHQ TAMASHA and BAANDI. Interestingly, Aiman holds the record of having 8M Instagram followers, most by any celebrity.

Aiman was born in Urdu Speaking Family of Karachi on 20 November 1998. Her Sister Minal Khan is also an actress, and both are twins. Aiman’s Father, Muneeb Khan, was a Police officer while Uzma Khan, her mother, was Housewife. Muneeb Butt was a new addition to Aiman Khan’s family; he married Aiman in 2018 and was blessed with a cute daughter named Amal Butt in 2019. Aiman and Minal had three brothers, Maaz Khan, Huzaifa Khan, and Hammad Khan.

Here is the list of Aiman Khan’s all dramas:

Aiman had the highest number of Instagram followers in Pakistan, i.e., 8 Million. But Ayeza crossed her after MERY PASS TUM HO.

Two of Aiman’s Dramas, i.e., ISHQ TAMASHA & BAANDI, are nominated in 4 categories for the 7th Hum Awards, and results are still pending.