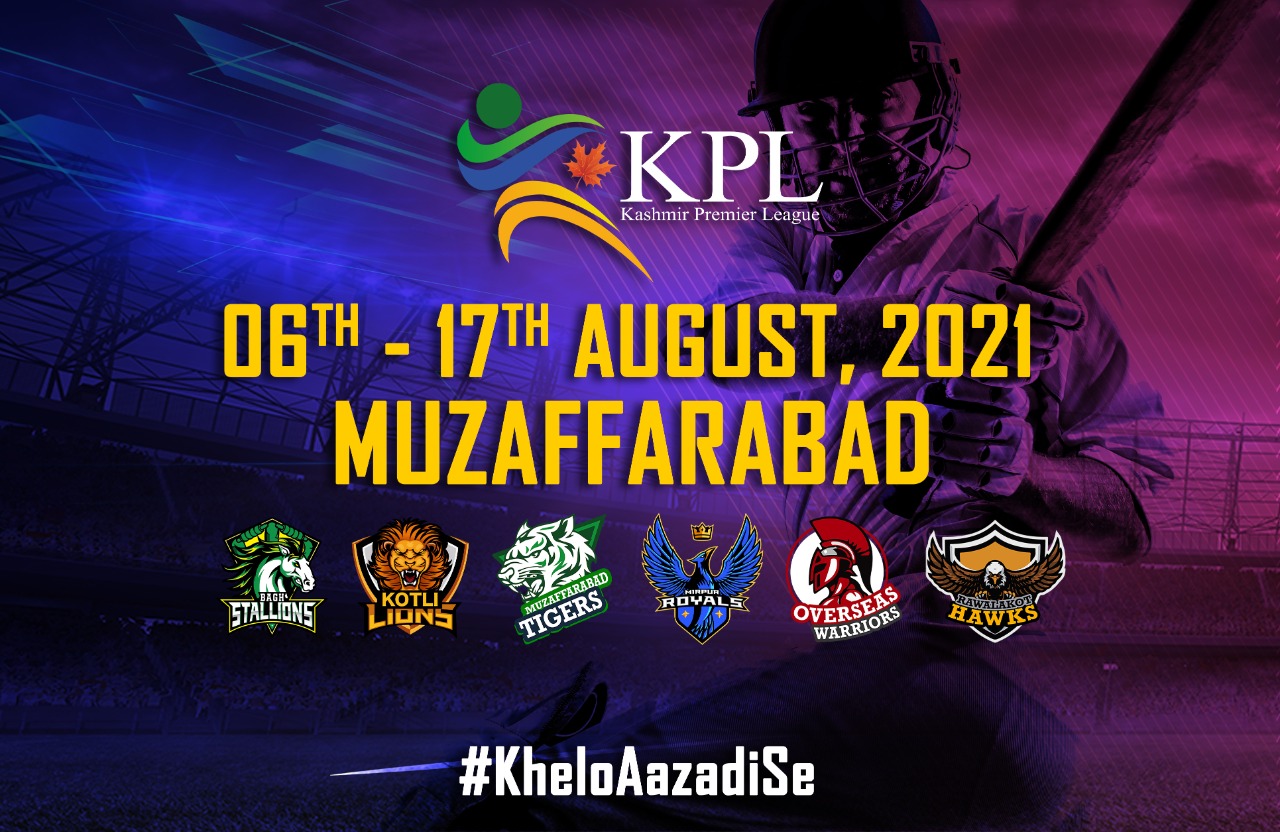 Cricket is the most popular and most followed game in South Asia. When we talk about the Status of Cricket in Pakistan, we can easily say that Cricket is famous in every age group. Keeping in view the Interest of the Pakistani Nation, Pakistan Cricket Board decided to conduct the Kashmir Premier League after the great execution of the Pakistan Super League. KPL 2021 is sponsored by Cutting Edge Group and Govt. of Azad Kashmir.

The objective behind launching Kashmir League is to promote Cricket in the region and promote the local talent of Kashmir. KPL will facilitate local players of Kashmir to showcase their talent to the whole world. Other Goals include providing Recreational Cricket to fans across the borders. KPL 2021 will be a Mega Sports Event and give business communities opportunities to invest in KPL and advertise their products during KPL Matches.

Kashmir Premier League was launched by Mr. Shheyar Afridi, Chairperson, Kashmir Committee, in Dec 2020. Pakistan Cricket Board (PCB), the Government of Azad & Jammu Kashmir, and the Government of Punjab are endorsing the KPL.

Proper Inauguration of KPL was conducted on 2 August 2021. Owners, Coaches, and Main Players of all six teams were there in Ceremony. Players were picked up, and Match Fixtures and Venue were disclosed.

Structure of KPL Teams and Squads

Every team will comprise five players from Kashmir. Furthermore, players are distributed in different categories accordingly.

This team will represent Overseas Kashmiris in KPL 2021

CEO of this KPL team is Muhammad Zakir Ali.

Rawalakot Hawks will represent the Valley of Rawalakot, Capital of Dist. Poonch

British-Kashmiri Businessman Raja Suleman Raza is the owner and CEO of Mirpur Royals.

With a Capacity of 16,000, Muzaffarabad Cricket Stadium is the National Cricket Stadium of Pakistan. It will host all KPL 2021 Matches. The stadium was built in 2007, and recently renovated new floodlights and LED Lights are installed for the KPL Season 1. It is considered the First LED stadium in Pakistan.

You can Live Streaming of KPL 2021 by browsing: