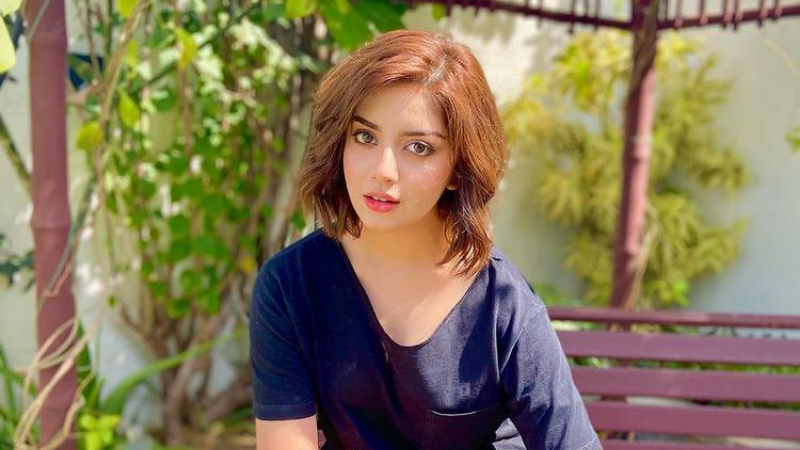 Alizeh Shah is a young Pakistani actress, model, and dancer. She performed in many Pakistani T.V. Dramas and Video songs. Her career started when she was 6; she appeared in a T.V. commercial with Famous Cricket Star Waseem Akram.

Young Alizeh Shah is the only famous actress of the Pakistani Drama Industry born in the 21st Century, i.e., 9 June 2000. So, Alizeh Shah’s current age is 21.

There’s no information available about Alizeh Shah’s Family, but she once shared a photo with her mother.

Early Life and Career of Shah

Alizeh was born in Karachi, and she started her acting career in 2017. Before that, she did one T.V. commercial with Waseem Akram when she was six. Alizeh started her career with short roles in Choti si Zindagi, Daldal, and Tery Naal Luv Hogaya. Later she performed as “PALWASHA” in Yasir Nawaz Directed ISHQ TAMASHA. For that, she received Hum Award for Best Television Sensation (Female). In 2019, Alizeh played the Role of Capt. Dr. Dua Saad opposite Ahad Raza Mir in famous Ehd E Wafa. It was Co-Produced by ISPR (Inter-Services Public Relations) and Momina Duraid’s M.D. Production. The E Wafa was one of the most-watched Pakistani dramas, and it was also famous across the borders and had Audiences in India and U.K.

Alizeh Shah stepped into the Film Industry of Paksitani by her supporting role as “CHUTKI” in the film Superstar, in which Mahira and Bilal Saeed were in the main roles. Shah also performed in Bilal Saeed’s song Badnamiyan, and she was criticized for her dress selection.