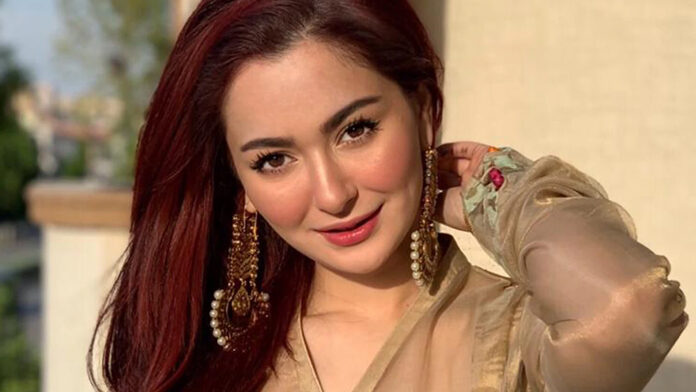 Hania Amir is a Pakistani film and drama actress, model, and Singer. She has appeared in many Pakistani T. V. Dramas, T. V. commercials, and Films. She has started her showbiz career from Lollywood’s Romantic Comedy film, “JANAN.”

People are always curious about knowing her age. So let’s talk about Hania Amir’s age. Hania was born on 12 February 1997 in Rawalpindi-Pakistan, and she is 24 now.

Hania was graduating from the Foundation for Advancement of Science and Technology (FAST-NUCES), Islamabad, when Imran Kazi (Producer) called her for his upcoming film, “Janan.”

Hania Amir was studying in FAST-NUCES, and she was regularly posting her videos on social Media Sites. Those videos inspired Imran Kazmi, Producer of Janaan, who cast her for his debut comedy film. Hania was assigned the role of naughty Pashtun Lady. As a result, Janaan earned her nomination for the Lux Style Awards for Best supporting actress.

After the success of Janan, She was offered the leading role in Titli against Ali Abbas. She excellently performed the role of an unfaithful but pretty wife. The success of Titli earned her great fame in public, and it was her first successful step as a leading actress. Her Next T. V. serial, Phir Wohi Mohabbat, earned her Hum Award for Best Television Sensation Female. After that, she appeared in “Na Maloom Afraad 2″ in the same year (2017) with Fahad Mustafa, Mohsin Abbas Haider, and Javed Sheikh. Then, Haseeb Hassan cast her for Parwaaz Hai Junoon, a war drama starring Hamza Ali Abbasi, Ahad Raza Mir, and Kubra Khan. This film was successful at the box office and entered the list of the Highest-Grossing movies of Pakistan.

When we talk about Hania Amir’s Dramas, she played leading roles, and in some dramas, she acted in supporting roles. So here is the list of Hania Aamir Dramas.

Parde Mein Rehne Do (This film is not released yet)