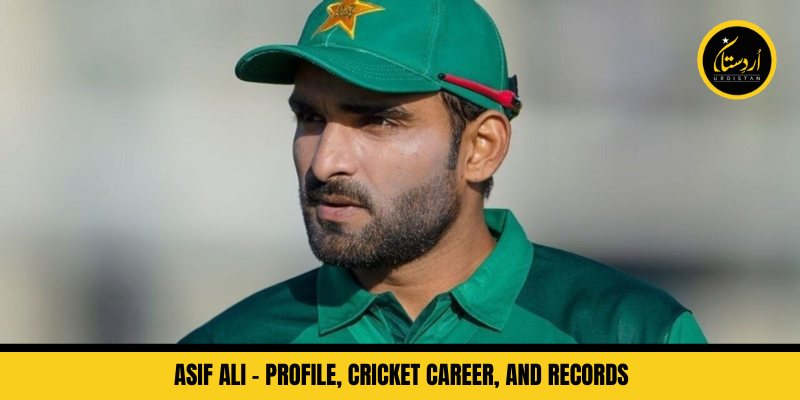 He was born in Faisalabad, Punjab, on 1 October 1991. Currently, Asif Ali’s age is 26. He started his Cricket career with the Regional team of Faisalabad in 2010. Asif played the 2017-18’s Quaid E Azam trophy for Faisalabad and was the tournament’s leading scorer. Then he played for Punjab in the 2018 Pakistan Cup, where he stood as the team’s leading scorer. He represents different teams in Different T20 Leagues around the globe and is considered an Iconic Hard-Hitting batsman. In addition, he is an Excellent finisher of 20 overs game.

His Continuous Brilliance in Batting named him for PSL’s most successful team, Islamabad United. Asif’s Fast and Consecutive batting Performances were the reason behind Isalmabd’s Second Title Win. Here, he excelled in batting by massive hits; while playing for United’s, he scored many match-turning innings, which resulted in his selection for the International Team. It was 2018 when he was honored to represent Pakistan against the West Indian Cricket team on the soil of Karachi. However, despite his top performances in Local Matches and Leagues, he is not considered a Good Option in International Cricket. He was given many chances to showcase his talent, but he wasn’t able to play any such innings. Pakistani Members often criticize and make fun of him on Social Media for his continuous failures.

Asif Ali represented Pakistan in the 2019 ICC Cricket World Cup, and Recently, his selection was made by Pakistan Cricket Board (PCB) for the upcoming T20I Cricket World Cup 2021 scheduled in the United Arab Emirates and Oman. However, as of his performance concerns, the Public and Critics are criticizing his selection. Chief Selector Muhammad Waseem justified his inclusion in Pakistan’s squad by his track record in UAE.

Asif represented the following teams in his career:

Imad Wasim (47) and Asif Ali (29) are jointly at 18th Position in the List of Highest Partnership for the Sixth Wicket in T20 Internationals. They both scored 75 runs for Team Pakistan, but unfortunately, Pakistan lost that match in Lahore against Sri Lanka.