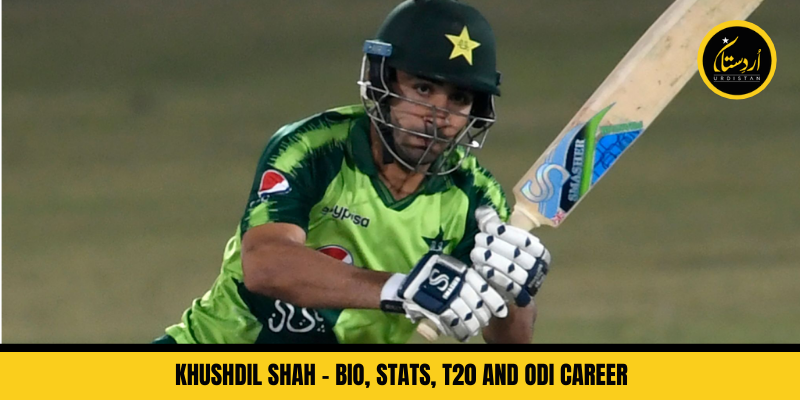 Khushdil Shah is Left-Handed Power Hitting Batsman and bowls occasionally. He played for the teams of FATA Cheetas, FATA, Peshawar Zalmi, Khyber Pakhtunkhwa, Multan Sultans, and Southern Punjab. In the Pakistan Super League, He represented Zalmis in PSL 2017 and Multan Sultans in 2021.

Shah was born in Bannu on February 7, 1995. Currently, Khudil Shah’s age is 26. Khushdil was raised in the nearby village of Bannu and started playing cricket in his area. And later, he was selected in the regional team of Federally Administered Tribal Areas (FATA). He started gaining popularity because of his aggressive and Power Hitting Batting. He loves throwing balls out of the boundary rope.

In 2014 he was named in FATA Cheetas Squad, where he started his First-Class Career. Following year, he was selected in FATA’s regional team. Later in 2017, Peshawar Zalmi’s owner Javed Afridi called him for Peshawer Zalmi in the 2nd Edition of Pakistan Super League (PSL 2017). He was Selected in Emerging Category but failed to impress critics. His second appearance in PSL was in 2020, where he played for Runner Up Team, Multan Sultans; his performance was good with some power-hitting knocks.

In October 2019, Khusdil came into highlights after scoring the super fastest Centruy in National T20 Cup. Playing for Southern Punjab, Khusdil Shah scored the fastest century from any Pakistani Batsman. He took 35 balls to cross the ton. His innings were mesmerized with nine skyscraping sixers and eight fours.

Later, Khusdil Shah was named for Pak vs. England, Pak vs. Newzeland, and Pak vs. Zimbabwe Series. He also made his ODI debut in Pakistan vs. Zimbabwe series, which Pakistan hosted.

Shah has represented the following teams during his career.