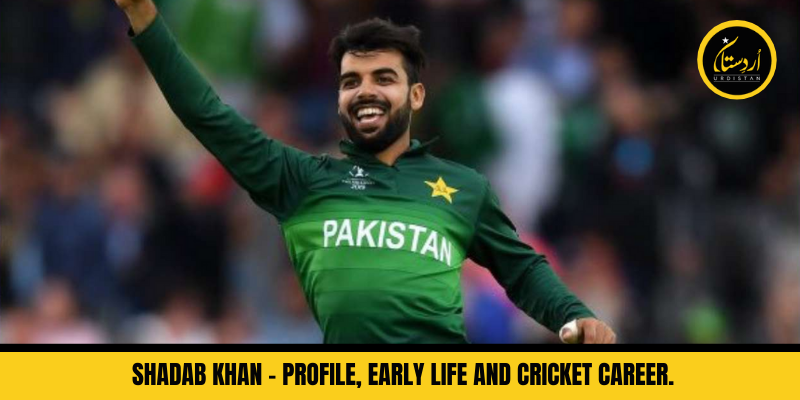 Young and Talented Shadab Khan is a Professional Pakistani All-Rounder. He is currently a Vice-Captain of the Pakistan Cricket Team in ODIs and T20s and captained the Team Green during 2020’s New Zealand tour.

Khan was born to a Poor family of Mianwali. His birthdate is October 4, 1998. Shadab’s age is 22 now. His family migrated to Rawalpindi when Shadab was Child; He started his cricket career in Rawalpindi and his studies. He is an alumnus of Progressive Model School, Westridge, Rawalpindi.

In 2016, Shadab was assigned to Islamabad Region’s team in the 2016 Pakistan Cup (One Day). He was called for the 2016–17 National T20 Cup in the same year, where he represented Rawalpindi. It was his debut in a 20 overs game. Later, Islamabad Based PSL franchise Islamabad United signed him for the second edition of PSL. His Performance in 2017’s Pakistan Super League was Superb, and he was able to win the hearts of Pakistan Cricket Board Selectors.

In a series of Pakistan vs. West Indies, Shadab first made his debut in T20I, then in ODIs, and then he was named in the Test Squad. His economy rate and Bowling were superb that earned him great prominence in Cricketing forums.

Shadab’s career rose to fame when the Sri Lankan team visited Pakistan in 2017; Shadab was in great form; he scored his maiden fifty partnerings with Babar Azam and got three wickets while Bowling, his match-winning Performance took Pakistan to a glorious Victory.

Shadab Khan was then selected for Pakistan’s tour to England and was included in Pakistan’s 2019 World Cup Squad. Although he got infected with an unknown Virus, Leg Spinner Yasir Shah replaced him during Pak vs. England’s Series; later in the series, he recovered and played the remaining matches and then the 2019 ICC Cricket World Cup.

The extraordinary Performances of Shadab Khan in the International level of Cricket gave him the privilege to be the Captain of the Most Successful team of the Pakistan Super League, The Islamabad United. He captained the team in the last two PSL seasons.