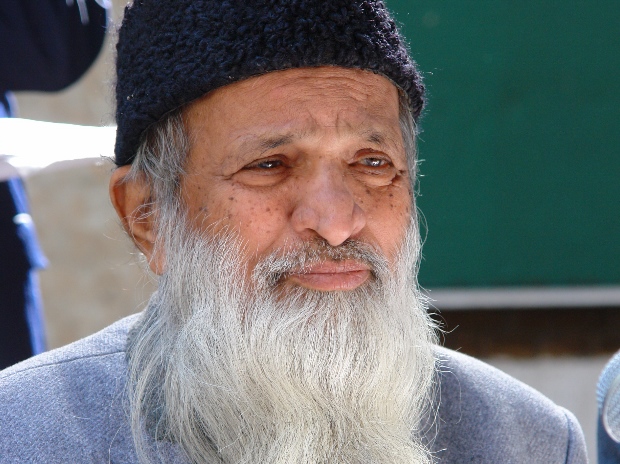 Abdul Staff Edhi is a Paksitani Humanitarian, Social Worker, and philanthropist who is the beneficiary of Nishan I Imtiaz, International Lenin Peace Prize, and Gandhi Peace Award. He is well known as the “Angel of Mercy”.

Edhi was born on 28 February 1928 in Bantva, India. When he was in his early childhood, his mother became seriously ill and got paralyzed. Edhi used to assist her in daily activities, bringing an enthusiasm for helping others in young Edhi. Edhi’s Education was affected because of his mother’s serious condition. Unfortunately, his mother died when he was 19.

After the Independence of Pakistan, Edhi moved to Karachi, Pakistan, where he started working as a peddler, later, a commission agent.

After two years, he decided to give up his job and establish a Free Dispensary to serve and treat needy people without any cost. He asked people to donate and raised a fund of 2 lacs; he founded the Dispensary and named it Edhi Trust. Edhi actively participated in activities of Edhi Trust, and People started trusting his services. Edhi collected funds and purchased one Ambulance. People’s Confidence in Edhi was building very speedily, resulting in many Non-Profitable trusts. Initially, One Edhi Ambulance was there, usually drive-by Edhi in Karachi to carry patients from far away areas.

Following Services are provided under the Umbrella of Edhi Trust. Regardless of cast, color, and creed, you can call edhi helpline and can get any of these edhi services;

The fleet of Edhi Ambulances is the largest in the world and holds the Guinness World Record.

Abdus Sattar Edhi is the recipient of dozens of awards from many National and International Associations. Here are some of his accolades:

The Angel of Mercy, Edhi, died on 8th July 2016. The government of Pakistan declared his funeral as State Funeral, and PM Nawaz Shareef declared National Mourning. He is the only one after Jinnah and Zia Ul Haq, who received state gun carriage funeral. President Mamnoon Hussain, Chairman Senate Raza Rabbani, Shahbaz Shareef, Chief of Army Staff Raheel Shareef, and many notable personalities attended his funeral at National Stadium, Karachi.

After his demise, his wife, Bilquis Edhi, and his elder son, Faisal Edhi,  started managing all the operations of nationwide Edhi Centers.