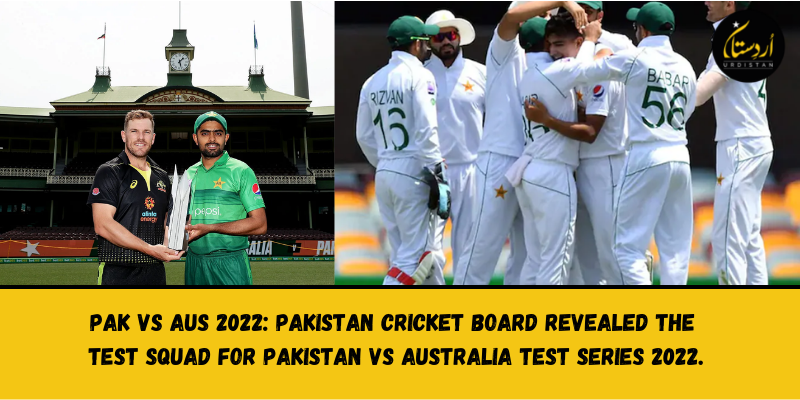 Pakistan Cricket Board has announced the Pakistan Test Squad for PAK vs. AUS Test Series 2022. Shan Masood and Haris Rauf are added to Pakistan’s Squad for their Brilliant Performance in the ongoing Pakistan Super League 2022. According to the Press Release by Pakistan Cricket Board, Babar Azam will lead the Team Pakistan and Muhammad Rizwan will serve as Vice-Captain. 16-Men Squad is announced with 5 Players in the Reserve Category.

Sarfraz is ruled out of Squad and placed in Reserve Category. Shan Masood replaced Abid Ali, who is struggling against Acute Coronary Syndrome, Haris Rauf replaced Bilal Asif, and Yasir Shah is also added to the Reserve Pool.