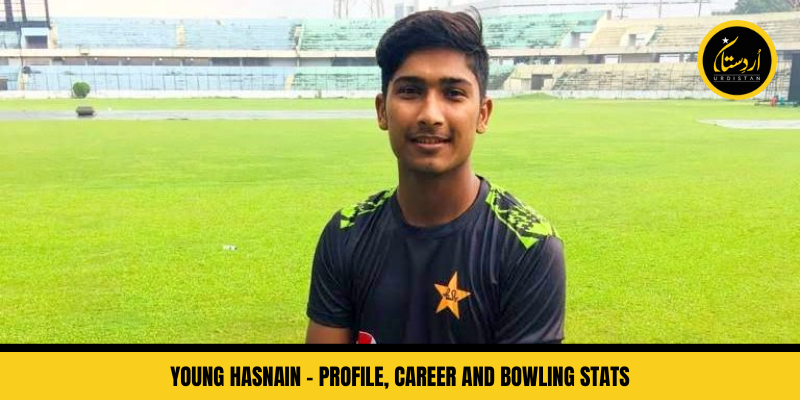 Young Lad, Mohamed Hasnain is from the Rural and Backward Area of Hyderabad, Sindh. He is a Right-Handed Fast Bowler who puts broad efforts to cross the speed of 150 Km/h. Hasnain rose to Prominence after pitching bowls of over 145 Km/h during Pakistan Super League Matches. Playing for Quetta Gladiators in PSL, he grabbed Selectors’ attention and then debuted in the National team. Former Pakistani Skipper & Captain of Quetta Gladiators Sarfraz Ahmed bucked him up in every Match and gave him the Confidence to bowl against World-Class Batsman in PSLs.

In 2018, Hasnain was called in by Pakistan Television (PTV) for the Quaid e Azam Trophy 2018. Later in 2018, Islamabad United selected him as Bowler; unfortunately, he was not given a chance. In 2019, He joined Quetta Gladiators. In the same year, Quetta lifted the PSL Champions Trophy. In the PSL 2019 Final, Hasnain produced the magical Bowling spell with the stats of 3/30 in 4 overs. He became the first Pakistan to receive the PSL Final’s Man of the Match Awards. The Selection Committee noticed his quick, expeditious, and correctly-lined pacing deliveries, and after the PSL tournament, nothing hindered him from debuting in International T20 games.

After PSL 2019, Hasnain opted to enroute Australia to Participate in Pak vs. Australia ODI Series in March. He made his debut in Australia and then was selected for the 2019 ICC Cricket World Cup. In the same year, He played his Maiden T20I Match in PAK vs. ENG T20I Series. Later in Pak vs. Srilanka, in Historic Gaddafi Stadium of Lahore, He became the Second Pakistani to smash 3 Wickets in a row and the 17th Youngest to have a Hat-trick in T20Is.

So far, Hasnain has the following Bowling Statistics:

21-Year old Hasnain is now named in Pakistan’s squad for the ICC T20 Cricket World Cup 2021 to be held in the United Arab Emirates. He will boost Pakistan’s Pace Battery.