Pakistan's Capital City Islamabad, 10 Reasons Why You Should Visit it. 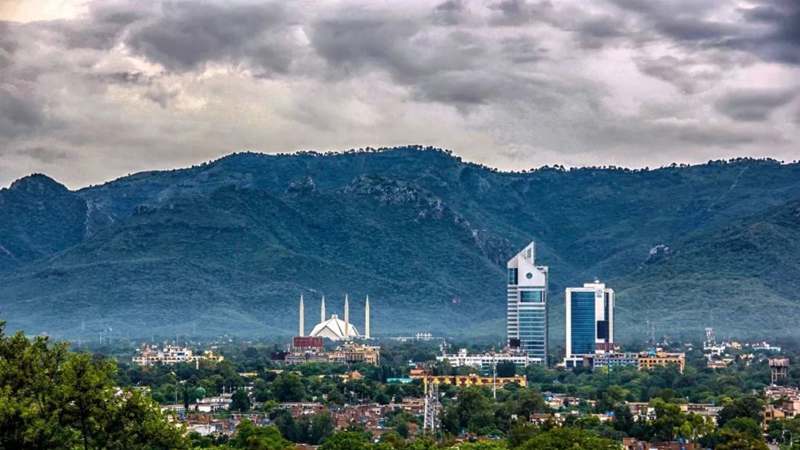 The essential characteristics of Islamabad, Pakistan’s Capital are calm, quiet, peaceful, and green. The city, which is moderately populated and located on the Potohar Plateau, provides a scenic choice for those who choose to explore at their own pace without having to worry about traffic.

Because of its relationship with Saudi Arabia, the Shah Faisal Mosque has a special place in Pakistan’s Muslim community. The mosque is named after one of Saudi Arabia’s monarchs. Its main hall and courtyard can host over 100,000 worshipers. In addition to its religious significance, The mosque is known for its architecture, which is a deviation from conventional domes and arches.

2. It is one of Pakistan’s safest cities

Since Islamabad is Pakistan’s capital, the city is naturally a focal point for excellent security and law and order systems. The capital’s physical size (roughly 906 square kilometers) makes it easier to monitor and regulate protection for residents and visitors alike. There’s no reason to second-guess going out for a late-night walk or driving on even the quietest roads.

3. There are several museums to visit

The city hosts number of museums for history and nature lovers. The photo museum at Saidpur Village, which chronicles Islamabad through the centuries, is a must-see for those interested in a pictorial history of the region. The Lok Virsa Museum portrays Pakistani culture, while the Pakistan Natural History Museum educates tourists about the country’s flora and fauna and wax figures depicting the Pakistan Movement can be found at the Pakistan Monument Museum.

A well-constructed road winds its way through Islamabad’s Margalla Hills, leading to scenic spots like Daman-e-Koh and Pir Sohawa. The more daring will hike up some of the hills’ hiking trails to see the sights on foot. Trails 1 and 2 take about two hours to reach the summit; Trail 3 is for those who want a challenging hike; and Trail 4 is the shortest but also the most difficult.

Islamabad caters to the majority of the region’s famous cuisines. Food from all over the world is available, including continental, Chinese, American, English, Italian, and Pakistani cuisines. The city has plenty for everyone, from high-end restaurants to tiny food stalls, and will not leave any tourists hungry due to a lack of choice.

6. Shopping in the city

If you want to splurge on high-end local and international brands or collect cultural artifacts and handicrafts to carry back home, Islamabad has it all. Aside from Centaurus Mall and Safa Gold Mall, there are numerous markets throughout the city where you can find anything to your liking. For quality souvenirs, the F-6 Markaz and the picturesque are particularly popular.

7. Islamabad is well-planned and structured

The city of Islamabad was built on a grid plan in the 1960s. The city’s sectors are arranged in a logical manner, with each having its own markaz, or commercial center, set apart from the residential areas. Because of the well-placed signboards at almost every traffic intersection, one does not need to rely on Google Maps or other navigation systems to get around.

The city is dotted with numerous parks and gardens open to the public.  Fatima Jinnah Park is one of the most well-known, covering an entire sector, while Shakarparian Park hosts the majority of the ceremonial tree plantings. Lakeview Park, which is still relatively new, has a nice view of Rawal Lake and is a popular picnic spot.

9. It acts as a base for visiting nearest tourist destinations

Visitors planning to visit Pakistan’s well-known northern areas almost always make a stop in Islamabad to break up their journey. Aside from being the gateway to the beautiful north, the city is close to historical sites such as Taxila, which was home to a number of ancient civilizations and is thought to be one of the world’s oldest universities. The Gurdwara Panja Sahib, a Sikh holy site, is in Hasan Abdal, about 40 kilometers from Islamabad.

Summer and winter dominate much of Pakistan all year, so not all cities in the country get to see the seasons shift. Summers in Islamabad are scorching, springs are wet, autumns are crisp, and winters are cold, with a month or two of monsoon rains thrown in for good measure. Tourists usually visit the city during the warmer months.

The Story Of Best Hotels Has Just Gone Viral!