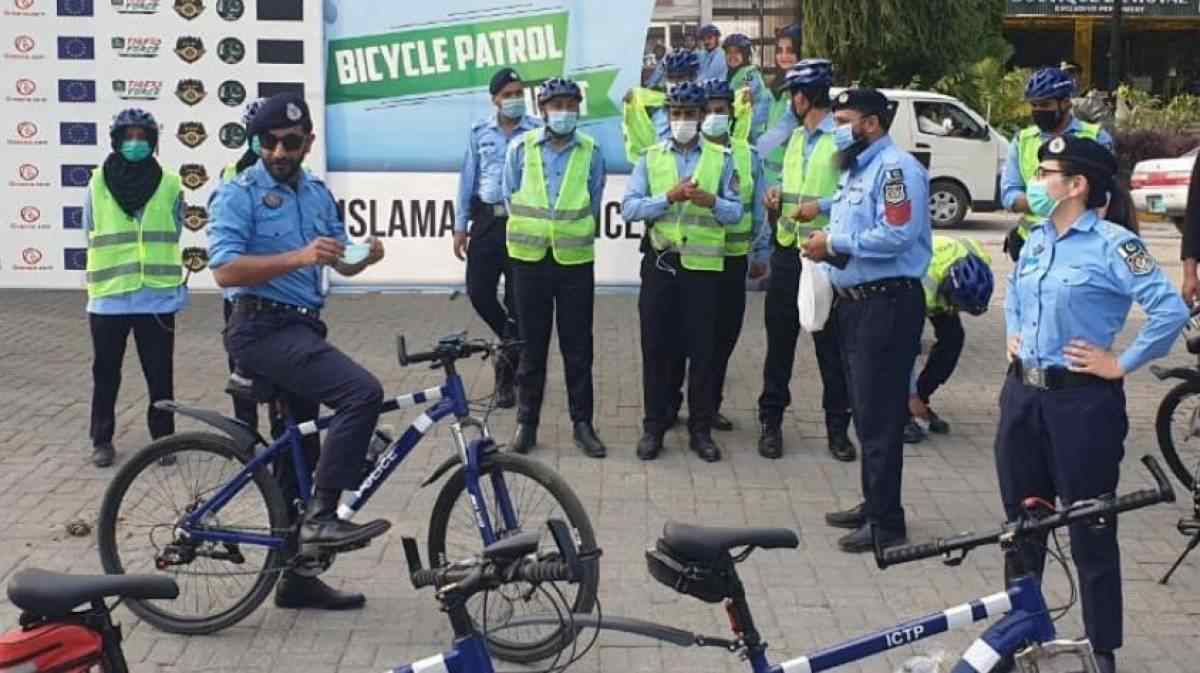 Police in the capital Islamabad have introduced a bicycle patrolling unit to ensure the safety of citizens and to help them.

Police in the capital Islamabad have introduced new facilities for citizens using technology.

Police in the capital Islamabad have launched an automated FIR alert system in the Investigation Wing using state-of-the-art technology.

The IG Islamabad Police said on the occasion that the applicant would be informed of the case by SMS alert. The investigating officer and case number will be received in the SMS alert.

IG Islamabad Police has also announced to introduce e-driving license and e-challan system soon. In addition, an online appointment system has been provided for obtaining a driver’s license in Corona situation.

Sonia Shamroz, the first female DPO in the history of Khyber Pakhtunkhwa