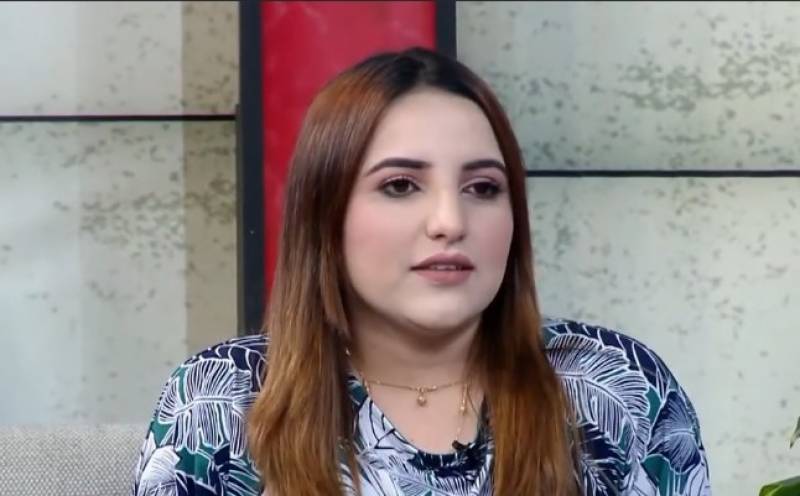 Fiza Hussain, popularly known as Hareem Shah, is a famous Social Media celebrity and generally active on the TikTok app. She is one of the most searched celebrities of Pakistan on Google.

She was born to Zarar Hussain, Hareem Shah’s Family is Religious, and she also received early education from Local Marassa (Seminary). She has four sisters and three brothers. However, Hareem Shah’s Husband is the Leader of Sindh’s Ruling Party, PPP, but she hadn’t disclosed her husband’s name yet.

Hareem received her early education in the religious school of Peshawar. Later she was admitted to the University of Peshawar, where she had completed her bachelors and masters. Currently, She is doing M. Phil in Competitive Religion from the same Institute.

Shah stepped into the Tiktok in 2018. Hareem, along with her Cousin Sandal Khattak, started making short videos on Tiktok in 2018. Currently, she has 6.4 Million Followers on Tiktok with an overall video likes of 112.5 Million. Her Videos are mainly featured with Pakistani Politicians. After getting fame, she is also doing Modeling and TV Commercials for different Pakistani Brands.

Many leaked videos of Hareem Shah are circulating in Social Media. Hareem, along with her Partner, Sandal Khattak, travelled with Mubashir Lucman in his Private Jet. Later, Lucman lodged an FIR against them over the laptop theft case and claimed that Shah has extramarital relations with Pakistani Politicians, and she gets funds from them.

One of Hareem Shah’s renowned Scandals was with Mufti Abdul Qavi, Ex-Member of the Ruet-e-hilal committee. They both had extramarital relations, but recently, she alleged Mufti for harassing her, slapped Mufti Qavi and shared the video on her TikTok Account.

Once Hareem Shah filmed her TikTok Video in the Prime Minister’s Office, her entrance to such a place where highly qualified and elected people can sit, opened up the security gaps and her act was criticized very badly. PM Khan took notice of this and ordered for inquiry.