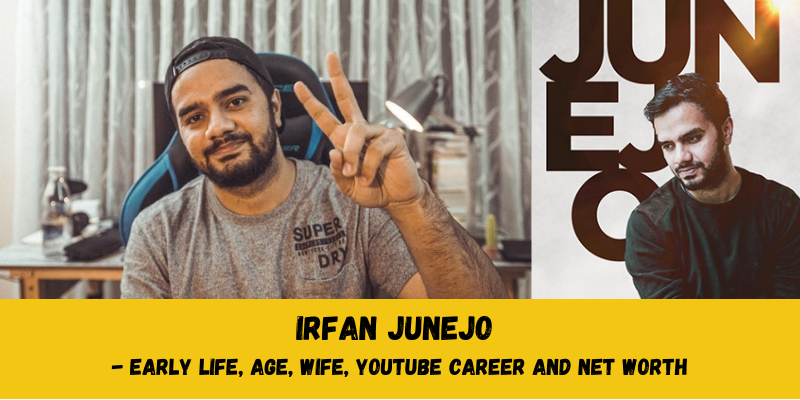 Irfan usually doesn’t open up about his family publicly. But on Irfan’s wife’s birthday, he thanked her and praised her on his Instagram Stroy. Irfan has given the credit of his success to his wife, Nabiha Numaan.

June was born in a Sindhi family of Mirpur Khas, Sindh, and received his early education from Mirpur Municipality School. After completing Higher Secondary School, Junego relocated to Karachi to earn a Masters’s in Business Degree from the University of Karachi. Unfortunately, Irfan was dropped from the course.

In November 2010, Irfan created his YouTube Channel and started Vlogging on different topics. Eventually, his channel started getting viewers’ attention because of its high quality and unique content. As a result, he is considered the most loved Content Creator on YouTube. Junejo 2.0 is another Channel, which was created in April 2020.

Irfan Junejo got into a controversy when he alleged Ducky Bhai for using vulgar and offensive language in his YouTube videos. After that, they both became rivals professionally.

Irfan Junejo’s Net Worth is approximately 1.5 Million US Dollars. In comparison, His Youtube earnings are around $ 1.49K/Month for Irfan Junejo and 250 – 700 USD/Month for Junejo 2.0.