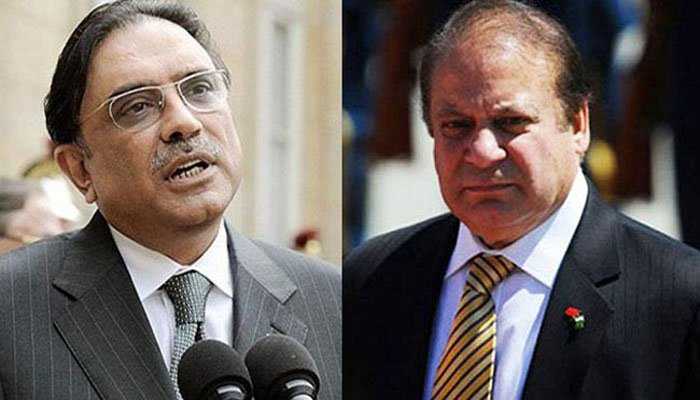 Asif Ali Zardari, co-chairman of the Pakistan People’s Party (PPP), told his fellow PDM leaders on Tuesday that his party’s members would not resign from assemblies at any cost, and demanded that PML-N Supreme Leader Mian Nawaz Sharif return home “for a decisive fight” with the government.

According to details, the important meeting of PDM was held in Islamabad under the chairmanship of Maulana Fazlur Rehman. The meeting was attended by Maryam Nawaz from PML (N) & the PPP delegation.

The former president, speaking via video link to a Pakistan Democratic Movement (PDM) meeting in Lahore, insisted that going for a last-resort option such as mass resignations would only strengthen the Pakistan Tehreek-e-Insaf (PTI) government

PPP co-chairman said that this is not the first time that democratic forces have faced rigging, I have spent 14 years of my life in jail, on this occasion he addressed Nawaz Sharif and said that Mian Sahib please Pakistan Come back .

The co-chairman of the PPP said that I have no fear of the Establishment, we are ready to struggle till our last breath, do not make decisions that will divert our paths.

Talking to Nawaz Sharif, the former president said that PPP is a democratic party, they fight not in the mountains but in the parliament, I am ready for war but maybe my domicile is different, Mian Sahib you represent Punjab, if Nawaz Sharif is ready for decisive fight with the government then he should return home.