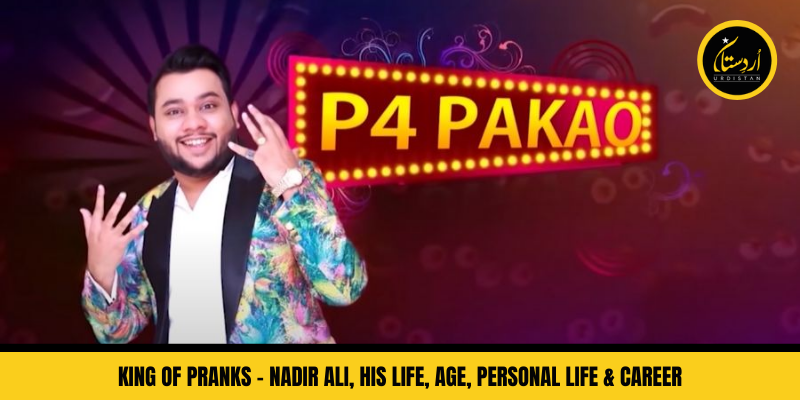 Prankster Nadir Ali is a Karachi-Born Famous Pakistani YouTuber and Comedian. Nadir Ali was awarded the best Prankster YouTuber Award at PISA 2020. He is considered one of the Famous and Top YouTubers of Pakistan in terms of his Channel Views and Subscribers. Nadir is one of the top and most-watched YouTubers in Pakistan, and he is famous in Pakistan, Nepal, India, and Bangladesh.

Nadir started his Career at Channel Zara Hat Key. He was not financially stable at that time and worked very hard. His Pranks entertained many viewers. Later in 2016, He, along with his friends, created his own Channel. After a Struggle of a few months, his Channel started getting views, and eventually, Nadir became the First Prankster on Youtube to hit 1 million subscribers. Nadir briefly worked in Bol Network and entertained his audience with entertaining Content.

Nadir Ali has created his First Youtube Channel named P4 Pakao on May 3, 2016. His Channel gained popularity within a year. Nadir Ali’s P4Pakao features different Prank Videos. Nadir Ali’s Pranks are so famous that his video receives a huge number of viewers in minutes.

On this channel, Nadir shares his Personal Life Videos.

As of 2019, Nadir Ali’s Net worth was 762 Million Rupees. Nadir was caught on the radar of FBR for not paying the taxes and ordered to pay outstanding Taxes.

KK vs IU: Despite their star bowlers being injured, Red Hot Islamabad defeated Karachi Kings in a hair-raising match