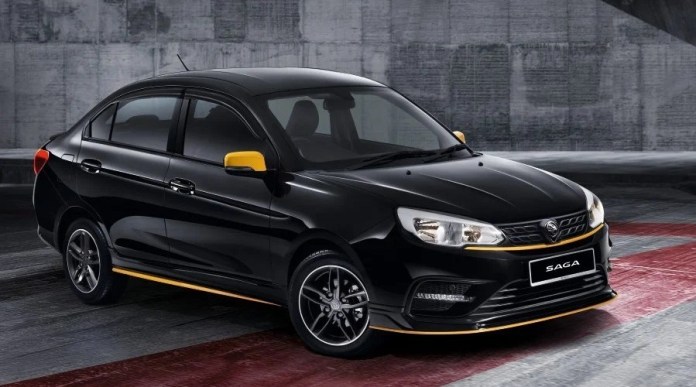 The price of Proton’s New Sedan Saga, which will be available in three variants: Saga MT, Saga AT, and Saga Ace, has been revealed.

Honda City, Toyota Yaris, and Changan Alsvin are all in the same group as Saga. The Proton Saga is the cheapest sedan in Pakistan, with a starting price of less than Rs2 million.

Al-Haj, the Pakistani manufacturer of FAW automobiles, has teamed up with Malaysian automaker Proton to launch the vehicle. The company claims to be able to produce 25,000 units a year.

In addition, Proton Pakistan will offer 100 limited-editions Saga R3 – 1332cc models with manual and automatic transmissions. The automatic car costs Rs2.45 million, while the manual car costs Rs2.15 million. The cars will be sold after a lucky draw, according to the company. People will be able to book cars on the company’s website, and a lucky draw will be held after 10 days.

Companies are permitted to import 100 units of a car model with significant duty relief under the Auto Development Policy 2016-21. Proton Malaysia has released a limited edition of the Saga R3, with only 2000 units being produced.

Under the Auto Development Policy 2016-21, Proton has been granted green-field status. Under the new status, new companies like Proton, Kia, Hyundai, MG Motors, Sazgar, and Changan would pay lower duties than established companies like Toyota, Honda, and Suzuki.

Karachi, the City of Lights, is a fascinating place to visit.

Lahore: The heart of Pakistan is an amazing city and is considered to be the cultural capital of Pakistan