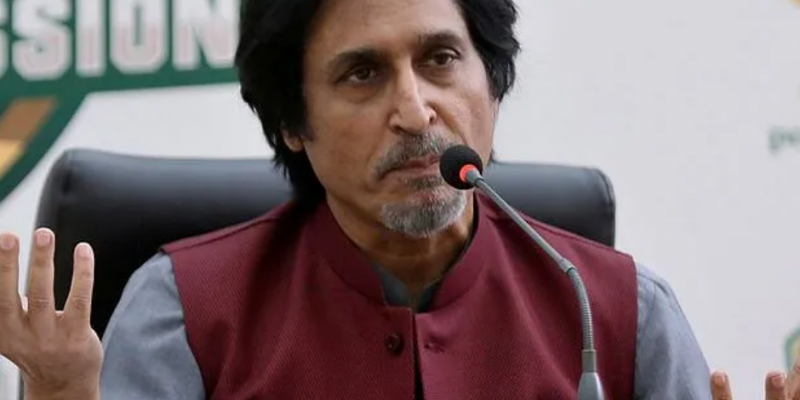 Rameez Hasan Raja is Chairman of the Pakistan Cricket Board (PCB), Cricket Commentator, Analyst Expert, YouTuber, and Former Pakistan’s National Team’s Captain. He has played International Cricket for Pakistan in the decade of the 80s to Late 90s. Ramiz also captained the National Team at different periods for brief periods during different intervals.

Ambreen Ramiz Raja is Ramiz Raja’s wife and she is a homemaker. Ramiz Raja’s family has migrated from Indian City Jaipur, while Ramiz’s wife’s family is from Dehli.

Ramiz Hasan Raja is a Right Handed Batter who has played 198 One Day Internationals and 57 Test Matches. He has scored ten centuries in his Cricket Career. Ramiz Raja retired from Cricket in 1997 and started commentating on International Cricket Matches. Raja earned more fame during his commentary career. Raja was given the Portfolio of Chairman, Pakistan Cricket Board (PCB) in Sept 2021 on the recommendations of his fellow cricketer & Prime Minister of Pakistan Imran Khan Niazi. Rameez Raja was Part of Pasktian’s Eleven, who won the 1992’s ICC Cricket World Cup 1992. In the Last over of the Final Match, Ramiz took the catch of English Player Richard Illingworth, resulting in the First-Ever WorldCup win for Pakistan.

In January 2018, Ramiz Raja created his YouTube Channel named Ramiz Speaks, on which he gives his expert opinion, analysis, discusses the Cricket Matches, and covers different Cricket Tournaments. Ramiz’s YouTube Channel is One of the most watched Sports Channels in Pakistan, which have over 1.5 Million Subscribers. After Ramiz’s appointment as Chairman PCB, he is creating less Content on YouTube.

As chairman of the PCB, Rameez Raja is not receiving salary from the Government of Pakistan, and he refused to receive salary in the wider national interest. Rameez Raja’s net worth is around 7 million US dollars.