Top Historical Places in Pakistan That You Must Visit 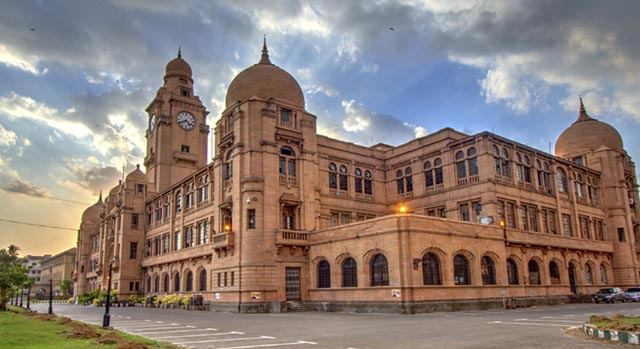 Pakistan is a culturally diverse country with a long history. There are numerous Top Historical Places in Pakistan that everyone should visit. In reality, we are home to a range of World Heritage sites.  The United Nations Educational, Scientific, and Cultural Organization (UNESCO) protects these sites. These are the best historical places that you must visit.

The Wazir Khan Mosque is 17th century mosque located in the city of Lahore, capital of the province of Punjab. The mosque was commissioned during the reign of the Mughal Emperor Shah Jahan as part of an ensemble of buildings that also included the nearby Shahi Hammam baths. Construction of Wazir Khan Mosque began in 1634 C.E., and was completed in 1641.

Hiran Minar is one of the top historical places, Hiran Minar is an early 17th-century Mughal era complex located in Sheikhupura, in the province of Punjab. The complex was built at the site of a game reserve in honor of Mughal Emperor Jahangir’s beloved antelope named Mansraj.

The Noor Mahal is a Pakistan Army-owned palace in Bahawalpur, Punjab, Pakistan. It was built in 1872 like an Italian chateau on neoclassical lines, at a time when modernism had set in. It belonged to the Nawabs of Bahawalpur princely state, during British Raj. It was built by Nawab Subah Sadiq Muhammad Khan IV for his wife.

Mohenjo-daro meaning ‘Mound of the Dead Men’ is an archaeological site in the province of Sindh, Pakistan. Built around 2500 BCE, it was one of the largest settlements of the ancient Indus Valley Civilization, and one of the world’s earliest major cities, contemporaneous with the civilizations of ancient Egypt.

Minar-e-Pakistan is a national monument located in Lahore, Pakistan. It was built between 1960 and 1968 on the site where the All-India Muslim League passed the Lahore Resolution on 23 March 1940 – the first official call for a separate and independent homeland for the Muslims of British India, The resolution eventually helped lead to the emergence of an independent Pakistani state in 1947.

The Tomb of Jahangir is a 17th-century mausoleum built for the Mughal Emperor Jahangir. The mausoleum dates from 1637, and is located in Shahdara Bagh in Lahore, along the banks of the Ravi River.

The Mughals built Shalimar Gardens, a Persian garden complex. In exchange for their services, the Mughals gave the Arain Mian family ownership of the complex. In 1962, it was nationalized by General Ayub Khan.

Takht-i-Bahi  is an Indo-Parthian archaeological site of an ancient Buddhist monastery in Mardan, Khyber-Pakhtunkhwa. The site is considered among the most imposing relics of Buddhism in all of Gandhara and has been exceptionally well-preserved.

This Taxila archaeological site demonstrates how an ancient civilization evolved from the original Indus Valley civilization. Aside from that, it portrays Persia’s, Greece’s, and Central Asia’s stages of growth. There are some Buddhist artefacts on the premises. It also served as the entry point for Alexander the Great, the famous Macedonian invader

Learn the easy way to find a stolen or lost phone!

Even By Having Aggressive Neighbor We Did Not Join Arms Race: Army Chief