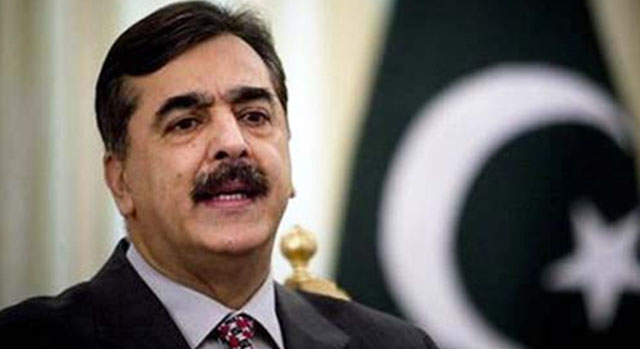 Ali Nawaz Awan, a member of the Pakistan Tehreek-e-Insaf in the National Assembly, has challenged Yousaf Raza Gilani’s Senate victory in the Islamabad High Court (IHC).

The PTI lawmaker, through his counsel Adnan Iqbal Advocate, filed a petition in the Islamabad High Court (IHC) challenging the Yousaf Raza Gilani’s victory in the Senate elections on the Islamabad seat.

Gilani is a convicted felon, making him ineligible for the Upper House, according to the filed petition.

It stated that Gillani’s victory should be declared null and void because he rigged Senate elections. The petitioner asked the high court to declare the March 3 Senate elections illegitimate.

A petition was also filed with Pakistan’s Election Commission, asking for Yousaf Raza Gilani, the leader of the Pakistan People’s Party (PPP) and former prime minister, to be disqualified.

Pervez Hussain, a citizen, claimed that Yousaf Raza Gillani was involved in fraud and requested that he be disqualified under Articles 62 and 63 of the Constitution.

Yousuf Raza Gilani, the former prime minister and a leader of the Pakistan People’s Party (PPP), won his senate seat from Islamabad on March 3, defeating Pakistan Tehreek e Insaf’s (PTI) Hafeez Shaikh in a vote held in the National Assembly.

According to the polling results, the PPP’s candidate received 169 NA votes to Hafeez’s 164, with seven votes being rejected in the assembly.

The ten most beautiful places in Pakistan, after visiting you will forget the beauty of Switzerland