PAK vs AUS: Cricket Australia has announced the Test Squad for Pakistan vs Australia Series - Details, Schedule and Venues 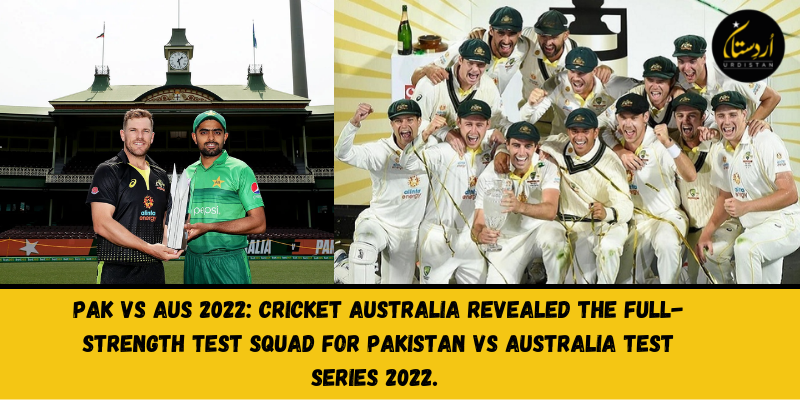 Australian Men’s Cricket Team is ready to return to the Home of Cricket, Pakistan, after a long gap of 24 years. This tour is made after multiple Pakistan Cricket Board and Cricket Australia meetings. Security officials of Australia checked security Arrangements in Pakistan. Both the boards are now agreed on a new Pak vs. Aus Schedule, which transferred some of the matches from Lahore to Garrison City, Rawalpindi.

Cricket Australi has recently announced Australia’s Squad for Test Series against Pakistan. Pat Cummins will captain the Austalia’s Squad in Test SEries while Steve Smith will be the Vice Captai. Cricket Australia has made the Squad announcement on their official Social Media Accounts;

List of Australian Players included in Pak vs Aus Test;

The squad for the three ODIs and one T20I match in the Whiteball Cricket Series will be announced later. PCB stated in a PRess release that Paksitani Squad for Pak vs Aus will be announced on 9th of feb and the selection will be made on merit and performance in PSL 2022.

On the 27th of February, Australian Cricket will land in Pakistan and undergo COVID testing, followed by quarantine. After the Kangaroos Tour is complete, they will fly back to their homes on 5th April.