PDM deciding on resigning from assemblies in todays summit 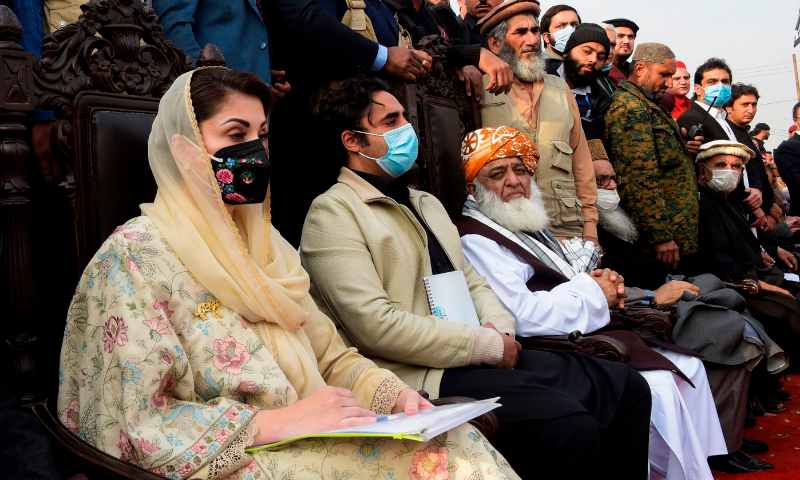 PDM deciding on resigning , According to News, the Pakistan Democratic Movement (PDM) will hold a summit today where the opposition alliance’s central leaders will decide on a long march, tendering resignations from assemblies, and the reasons for the loss in Senate deputy chairman elections, citing sources.

Maulana Fazlur Rehman, the head of the Jamiat Ulema-e-Islam Fazl (JUI-F), has proposed that the PDM parties resign from the assemblies immediately. The opposition parties have agreed to the JUI F’s-request for resignations, but the Pakistan People’s Party (PPP) has opposed.

In today’s session, opposition parties are likely to persuade the PPP to resign from the assemblies.

In addition, the Pakistan Muslim League Nawaz (PML-N) has finalized the agenda and strategy for the PDM’s unusual session.

According to sources, Nawaz Sharif and Maryam Nawaz discussed options for advancing the anti-government movement. During the upcoming PDM session, Maryam Nawaz is likely to propose a long march and resignations; however, the PML-N would oppose using the option of bringing a no-confidence motion.

According to sources close to the PML-N, PDM deciding on resigning after suffering a humiliating loss in Senate elections for chairman and deputy chairman positions, the political party would seek serious actions from PDM parties. Though moving closer to victory, the PML-N is expected to make reasons for not imposing decisions on the opposition alliance any longer.

They also said that political parties would be advised not to make the same mistakes in the future, as this may impact the anti-government movement. Maryam Nawaz will be supported by PML-N members Shahid Khaqan Abbasi, Ahsan Iqbal, Pervaiz Rasheed, and Marriyum Aurangzeb during the upcoming session.

The PPP leaders believe that the by-elections and Senate elections have improved the party’s position, and that the opposition should continue to give the government a hard time while remaining in assemblies.