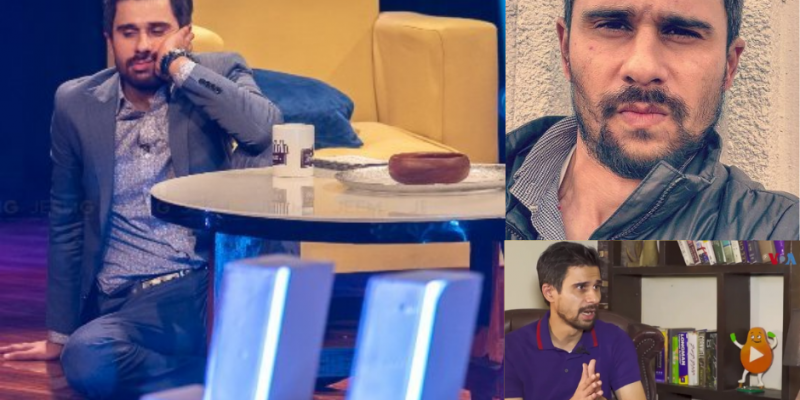 Tabish Hashmi’s family is settled in Canada. He often comes to Pakistan. Tabish’s wife Hira is Housemaker, and they both have 2 children together.

An alumnus of Habib Public School, Karachi, Sir Syed University of Engineering Karachi, and Institute of Business Administration, Karachi, Tabish is a Graduate. Tabish has had a great sense of humour since his childhood, which later emerged as a comedian. After getting fame and success from The Laughing Stock, he started his new show on Nashpati Prime with TBH – To Be Honest. Tabish’s TBH – To be Honest earned great viewership across the region. He is hosting shows with leading Showbiz celebrities, cricketers, and Youtubers. Major stars he has interviewed include Nadir Ali, Raza Samo, Mansha Pasha, Sohai Ali Abro, Mehwish Hayat, Ayesha Omer, etc. Tabish’s Interview with Actress Mathira gathered over 6 Million Viewers on YouTube. Mathira and Tabish’s Interview is one of the trending YouTube videos of that time!

Nashpati Prime: This YouTube Channel has broadcast Tabish’s Shows To Be Honest and its 2.0 Version, and now airing To Be Honest 3.0.